Jury yet to reach a verdict in Potter trial, will go to 3rd day of deliberations

The jury ended deliberations at 6:10 p.m. Tuesday without coming to a consensus. The panel will resume Wednesday morning.

JUST IN: Deliberations ended at 6:10pm tonight. Back again tomorrow. 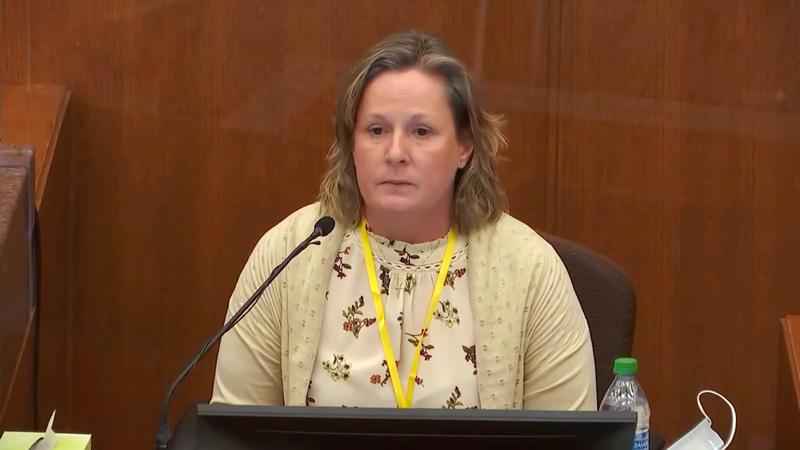 Question No. 1 was how long jurors have to deliberate if they can’t reach a consensus, and Chu re-read an instruction telling them to keep deliberating to reach agreement but not compromise personal decisions just to do so.

Question No. 2 asked Chu if the jurors could take Potter’s gun out of the evidence box it was zip-tied to, and Chu allowed that.

Chu then heard defense attorney Earl Gray’s objections to Chu re-reading the instruction and allowing jurors to handle the firearm.

A jury has resumed deliberations Tuesday in the trial of a suburban Minneapolis police officer who says she meant to use her Taser instead of her gun when she shot and killed Black motorist Daunte Wright.

The jury met for about five hours Monday following closing arguments in which prosecutors accused Kim Potter of a "blunder of epic proportions" in Wright’s death in an April 11 traffic stop — but said a mistake was no defense.

Potter’s attorneys countered that Wright, who was attempting to get away from officers as they sought to handcuff him for an outstanding warrant on a weapons charge, "caused the whole incident."

Potter, who is white, is charged with first- and second-degree manslaughter. If convicted of the most serious charge, Potter, 49, would face a sentence of about seven years under state guidelines, though prosecutors have said they will seek more.

Prosecutor Erin Eldridge called Wright’s death "entirely preventable. Totally avoidable." She urged the jury not to excuse it as a mistake: "Accidents can still be crimes if they occur as a result of reckless or culpable negligence."

"She drew a deadly weapon," Eldridge said. "She aimed it. She pointed it at Daunte Wright’s chest, and she fired."

Potter’s attorney Earl Gray argued that Wright was to blame for trying to flee from police. Potter mistakenly grabbed her gun instead of her Taser because the traffic stop "was chaos," he said.

"Daunte Wright caused his own death, unfortunately," he said. He also argued that shooting Wright wasn’t a crime.

"In the walk of life, nobody’s perfect. Everybody makes mistakes," Gray said. "My gosh, a mistake is not a crime. It just isn’t in our freedom-loving country."

Rachel Moran, a law professor at the University of St. Thomas who isn’t connected to the case, says it could go either way. Moran believes a verdict could come as early as Tuesday and felt neither side gained an edge after closing arguments.

The jury is sequestered at a hotel, meaning they won’t go home until a verdict is reached, however they are allowed to text their family.

Jurors deliberated for a total of about five hours Monday before breaking for the day.

Judge Regina Chu told jurors that intent is not part of the charges and that the state doesn’t have to prove she tried to kill Wright. She also told jurors they have an obligation to put all sympathy and emotion aside, and that it has no place in their deliberations.

The judge said for first-degree manslaughter, prosecutors must prove that Potter caused Wright’s death while committing the crime of reckless handling of a firearm. This means they must prove that she committed a conscious or intentional act while handling or using a firearm that creates a substantial or unjustifiable risk that she was aware of and disregarded and that she endangered safety.

For second-degree manslaughter, prosecutors must prove she acted with culpable negligence, meaning she consciously took a chance of causing death or great bodily harm.