After hearing arguments over whether to allow cameras during the trial of three former Minneapolis police officers charged in the death of George Floyd, a judge is set to review and make a decision at a later time.

Attorney Thomas Plunkett, representing Kueng, told Cahill some witnesses won’t testify in their trial if the cameras are rolling. He echoed in court what he wrote in this court filing, saying, "cameras in the [Derek] Chauvin courtroom brought us to the dangerous pass where people are deterred from testifying for the defense because they fear the wrath of the crowd."

The request is opposed by prosecutors and by news media outlets, including KSTP-TV. 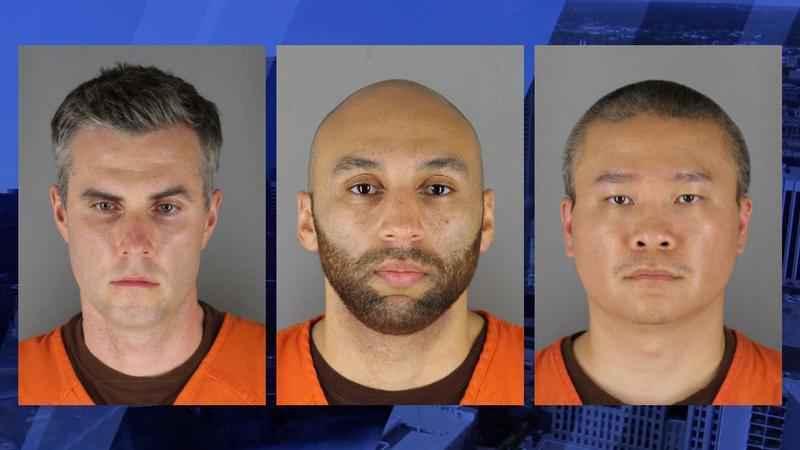 "We think there is a First Amendment right to have cameras in trials, especially a trial this large, where it’s this important, where there’s this much public interest and there’s no courtroom large enough to accommodate everyone who wants to attend," said Leita Walker, attorney for the media coalition.

Meanwhile, Chaloux reported that a federal trial date has not yet been set.

The trial for the 3 remaining former MPD officers in George Floyd’s death is scheduled for March 2022 in Hennepin Co, but we learned in court that the federal trial date still hasn’t been set—which the Hennepin Co judge wants the fed case to go first.

Thursday, a judge will hear arguments over whether to allow cameras during the trial of three former Minneapolis police officers charged in the death of George Floyd.

Attorneys for two of the former officers are asking a judge to bar their upcoming trial from being livestreamed, saying some witnesses won’t testify if proceedings are broadcast.

Attorneys representing both former officers filed motions to prohibit any live video or audio coverage, stating that both have now withdrawn their consent.

The request from attorneys for Thomas Lane and J Alexander Kueng is being opposed by prosecutors and by news media outlets, including KSTP-TV.

It’s among a few issues expected to be argued at a Thursday hearing.

Lane, Kueng and Tou Thao are scheduled to face trial next March on charges of aiding and abetting both second-degree murder and manslaughter in Floyd’s May 2020 death.

Their co-defendant, Derek Chauvin, is already sentenced to 22 1/2 years for murder.