The two arrived at Minneapolis-St. Paul International Airport early in the afternoon.

After landing, Biden and Secretary Becerra greeted state and local elected officials, as well as base leadership and frontline health care workers on the tarmac.

Officials say the healthcare workers include full-time medical staff at Abbott Northwestern Hospital, and members of a federal COVID-19 surge response team, which is made of 25 active-duty military personnel. The personnel were sent to Minneapolis in February to help with clinical care at Abbott Northwestern.

They visited the University of Minnesota to highlight investments in child care funded by the American Rescue Plan. 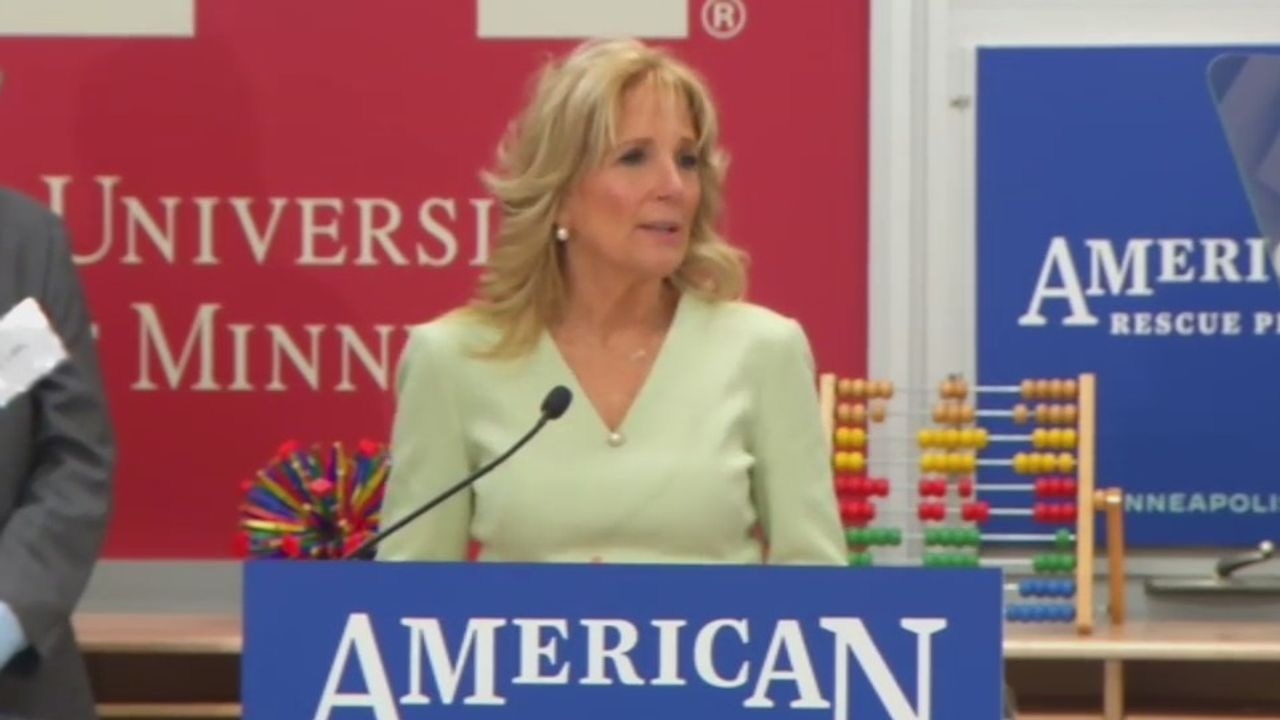 Biden also participated in a listening session about child care investments hosted by Gov. Tim Walz and Lt. Gov. Peggy Flanagan, among others at the University of Minnesota Child Development Laboratory School.

“After heroic efforts to try to stay open far too many child care providers were forced to close or lay off early educators and millions of women had to leave the workforce,” Biden said in explaining why the money was included in the American Rescue Plan.

“I am thrilled that Minnesotans will have the opportunity to hear from Dr. Biden and Secretary Becerra about the work the Biden administration is doing to lower costs for working families. The COVID-19 pandemic posed serious challenges to childcare providers and families across Minnesota, but President Biden’s American Rescue Plan helped save our struggling childcare system and give providers the tools they need to keep our state running.”

“Jill Biden and Xavier Becerra’s attempts to prop up vulnerable Democrats will backfire like everything else this administration touches. Their presence does nothing but remind Minnesotans that Joe Biden’s agenda destroyed jobs on the Iron Range, lowered wages, fueled a historic labor shortage, triggered rising inflation, and emptied shelves.”

Watch the First Lady’s arrival in Minnesota via the player below.