With Election Day less than six months away, the Minnesota Republican Party has endorsed Dr. Scott Jensen in the race for governor. He will face incumbent Gov. Tim Walz in the general election.

“I think the Jensen endorsement is part of a national trend where you’re seeing candidates who are Trumpists, or even more to the right, winning party nominations,” said Steven Schier, a political analyst and Carlton College professor.

“What really surprised me was how well Mike Murphy did in the early balloting,” Schier said. “When he’s getting substantially more votes at the convention than the former Republican leader of the Senate, Paul Gazelka, that told me the Republican Party was tilting in an emphatically right-wing direction and did favor Scott Jensen.”

It was a tumultuous convention with a falling out between Qualls and Murphy’s campaigns over whether Qualls asked Murphy to join his ticket. Qualls told delegates he did not make an offer to Murphy, but his opponent argued otherwise. 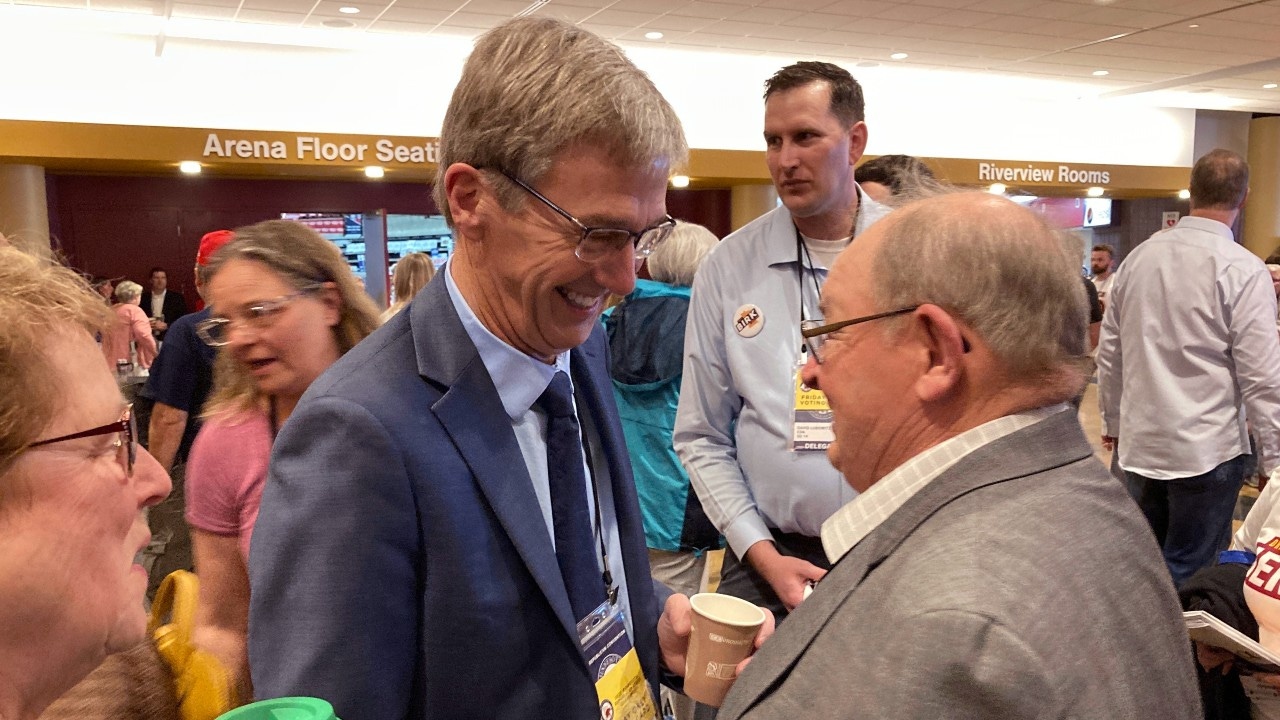 Murphy offered his support to Jensen. Later, Qualls did not appear on stage with Jensen.

“Qualls did not appear at a unity rally for the nominee, Scott Jensen,” said Schier. “It’s not clear how united the party is, and this party needs to be very united in order to run a competitive race in the autumn, considering that the governor has a 51% job approval in the latest KSTP poll, has a big campaign finance advantage over the Republican party and has a very united party.”

Schier also pointed out that Republicans haven’t won a statewide election in more than a decade. He told 5 EYEWITNESS NEWS that Jensen will have to work to convince swing voters to support him.

Dr. Jensen, a family physician from Chaska, has been critical of vaccine mandates and Gov. Walz’s handling of the pandemic.

“I think the COVID issue is one of the signature issues of the Jensen campaign, but it’s not clear that it’s an electoral winner with the overall group of Minnesota voters,” Schier said. “The reason for that is Minnesota is a high-vax state.”

Jensen’s party endorsement comes just days before the Minnesota DFL meets for its convention on May 20.

“Within his party, Gov. Walz is basically unchallenged,” Schier said. “His convention next weekend will basically be a coronation. He will have big campaign funds, no opponent in the primary, and a state party that has many more resources ready to hand than the state Republican Party. All of this really puts him in a good position come the November election.”

Following the GOP convention, Qualls announced his return to private life, and Gazelka released a statement putting his support behind Jensen. A campaign spokesperson said Stanek is “evaluating all options for moving forward.”