Jared Allen reflects on being named to Vikings Ring of Honor

He wore No. 69 for the Minnesota Vikings for six seasons, and now he’s set to be the 27th member of the team’s Ring of Honor.

During halftime at the Vikings’ Oct. 30 home game against the Arizona Cardinals, former defensive end Jared Allen will officially be welcomed into the coveted club.

“It’s still a so humbling because so few over the course of the franchise have been given this honor,” he added.

Allen played with the Vikings from 2008-13 and was first-team All-Pro three times during his stay in Minnesota. Allen set the Vikings’ single-season sack record with 22 in 2011, a mark that is still tied for third all-time in NFL history. His 136 career sacks rank as the 12th-most in NFL history. 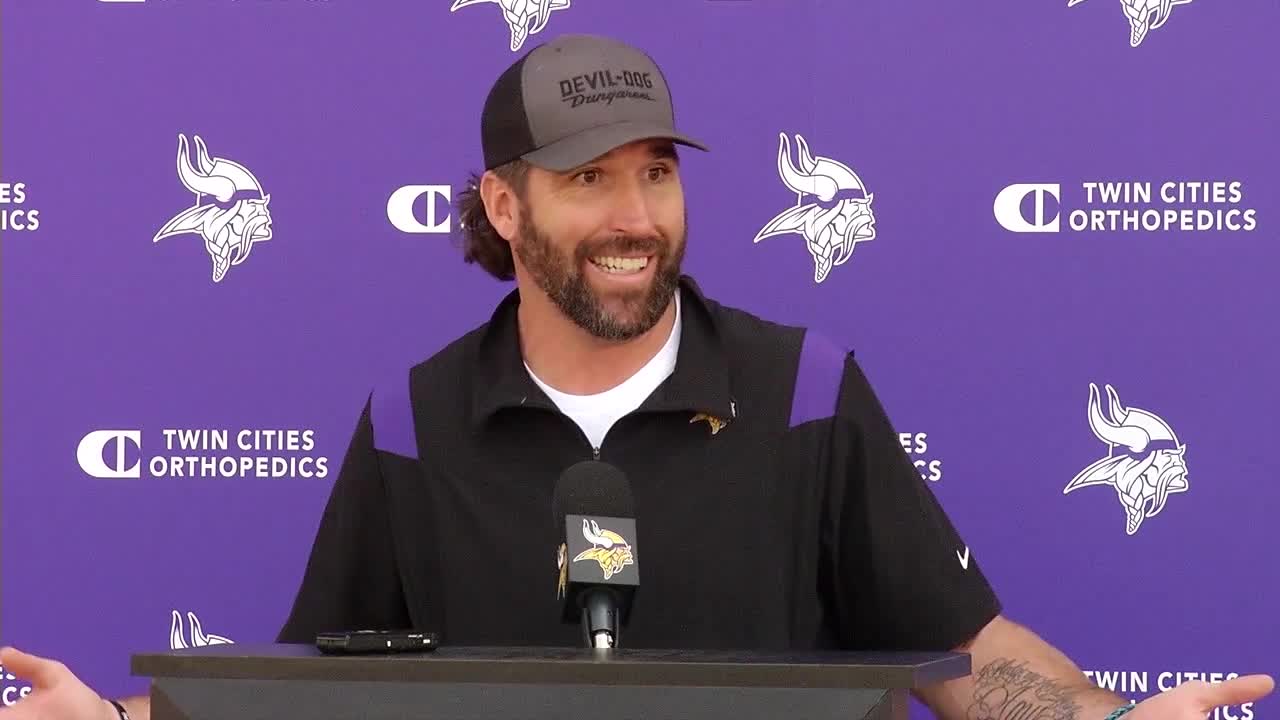 “Danielle Hunter did tell me he was coming for that sack record, so I told him, ‘Good luck, go get it,’” Allen said with a smile and laugh.

On July 29, the Vikings surprised Allen with the news that he’ll be joining the Ring of Honor. After he spoke to players after practice, highlights from his time in purple and gold were played on the scoreboard, and a customized graphic highlighted him as the 2022 inductee.

“Jared played with a passion, energy and drive that few players are able to match,” said Mark Wilf, co-owner and president of the Minnesota Vikings. “He raised the level of play for everyone around him with his relentless approach.”