Over the past 10 years, Jack Jablonski has become a household name in Minnesota.

First because of his paralysis after a high school hockey injury. Now, because he’s become an ambassador and major fundraiser for paralysis research and recovery.

"It’s crazy to think that in December it will be at the 10-year anniversary," Jablonski told 5 EYEWITNESS NEWS recently. "It’s hard to fathom because it feels like yesterday and at the time it feels so distant."

Jack’s "Believe in Miracles" foundation has raised more than $3 million for spinal cord and paralysis research. For the first time, he’s a part of one of the studies.

He’s among two dozen patients in an upper limb study investigating the impact of electrical stimulation to improve function in the arms. 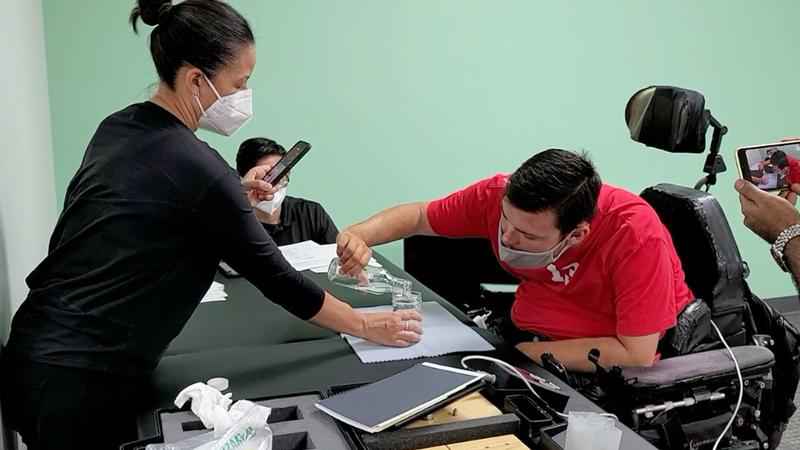 "I’m so excited to get into the study and get going and be a part of something that can definitely lead to improvements in thousands and thousands of people’s lives," Jablonski said shortly after announcing his participation at his annual fundraiser before a Minnesota Wild game.

When Jack sees pictures and videos of those days shortly after his injury on Dec. 30, 2011, he tries not to dwell on the negative side of things.

"It’s crazy to look back at those photos because you know it brings a lot of memories back and obviously you think of the negatives, but it actually does bring a lot of positives back," he says.

Among those positives is the outpouring of support from family, friends and complete strangers over ten years. Many of the same people attend his fundraising hockey event and a golf tournament year after year.

"Very humbling to know people are still here today wanting to not only help me but support me in my journey to help raise money for spinal cord research is something that I think means a lot."

Jack graduated from the University of Southern California and now has a great job with the Los Angeles Kings in the National Hockey League.

"I’m working in content writing, podcasting, doing web series interviews with our prospects and analysts around the NHL about current events going on in the game. So it’s awesome. I couldn’t ask for a better situation."

That’s typical of Jack Jablonski — still looking at the bright side after 10 years. He says much of that comes from the constant support of his mom, dad and brother Max.

"I was very fortunate to have a lot of people around me that kept me in the right mindset early on after my injury and definitely have kept that going. I was fortunate to be raised by two great parents and be surrounded by a good family."