A gathering of hope — at a “Beat Paralysis” fundraiser Saturday night.

The event, organized by Jack Jablonski and his namesake foundation.

“Our mission is to raise awareness and money for spinal cord injury research,” Jablonski declares. “The most important thing right now is that progress and awareness are continuing to be made, and that’s really going to help us down the road.”

This is a busy time for Jablonski — paralyzed 11 years ago after a high school hockey injury.

His foundation is funding clinical trials for 24 people, including him, who have spinal cord injuries. 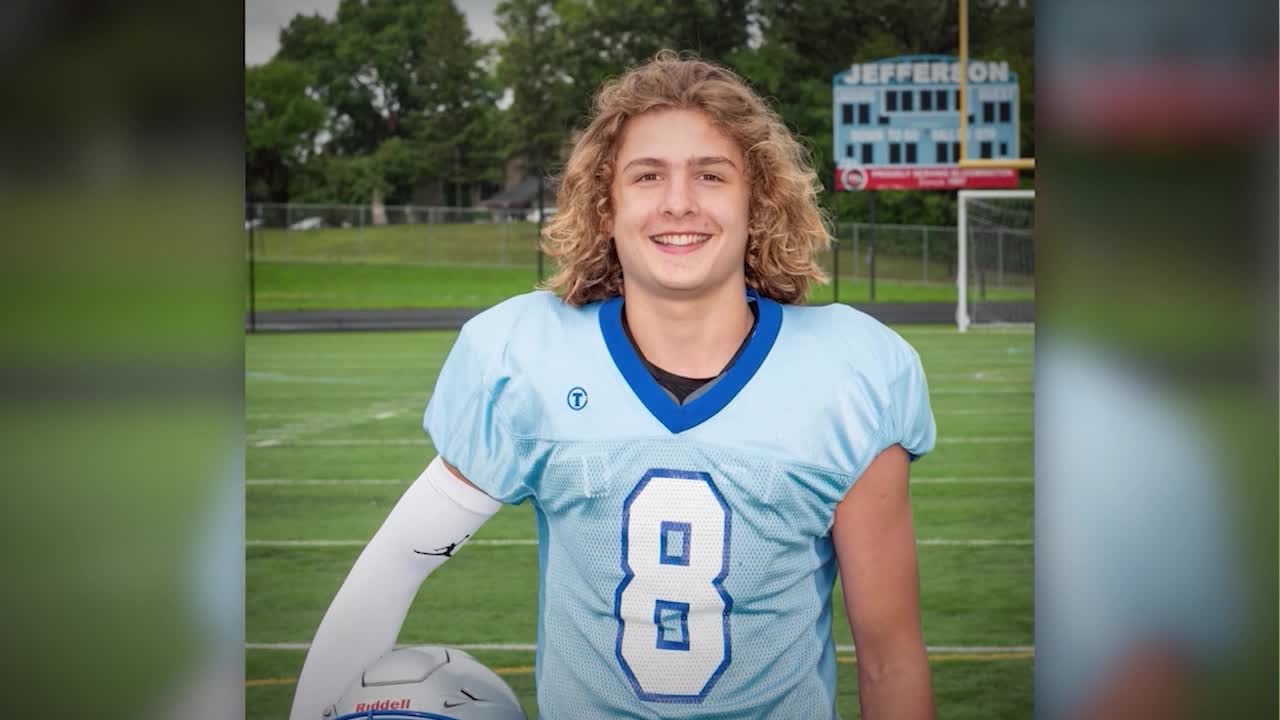 The trials involve a treatment called Spinal Cord Neuromodulation — or SCONE, for short.

The process uses electrodes to stimulate the spine and reignite its ability to control movement.

“They turn the electricity up and it connects to the spinal cord and muscles within your body that currently aren’t functioning, or don’t totally connect because of the spinal cord being severed,” Jablonski explains. “The stimulation, it’s been able to make that connection towards rebuilding and relearning how to use your hands again, or your fingers or your upper body.”

Among the special guests were Corey Glynn and Parker Durkin — the father and brother of Ethan Glynn, the Bloomington Jefferson High School football player who suffered a severe spinal cord injury during a game in early September.

The 15-year-old is now undergoing treatment at Craig Hospital, outside Denver, Colorado.

That facility is considered one of the best spinal cord programs in the nation.

“He’s doing great, starts every day with a smile,” Glynn says. “He’s focusing, his days are really filled, he has physical therapy, occupational therapy — he’s back in school, so he’s doing his classes, catching up on that.”

The family says it will take several weeks for swelling to go down, before doctors can get a clearer picture of Ethan’s prognosis.

For now — he’s been getting cards, letters, and lots of support from Minnesotans and from people all over the country.

“All of it is love,” Parker exclaims. “It’s nothing else, it’s just love. People are trying to make sure I’m okay, he’s okay. Just making sure we can get through it together.”

“They’ve done the car wash and different things, to just bring awareness to what’s going on with Ethan,” Glynn adds. “But also Ethan sees that on the news and he just gets blown away on the care and the support that he’s receiving.”

He says he’s excited about the hope for new potential treatments for his son.

“It’s changing quickly,” Glynn says. “Not that it’s a good time for something like this to happen, but the technology is advancing so quickly. They’re discovering so many ways that the sky’s the limit as to how far Jack or Ethan or anybody can go.”

Jablonski showed us how he has movement in both his arms — he’s able to feed himself now, something he was unable to do a year ago.

Jablonski says he hopes those clinical trials will get FDA approval, to help even more people.

Meanwhile — Glynn and Parker are planning to visit Ethan soon.

Jablonski says he sees some of himself in Ethan — and says he’s ready to help.

“I see a lot of similarities of myself, compared to what he’s going through,” he declares. “Not just in the injury itself, but also the mindset, the positivity, the want to battle and fight. Most importantly, my heart goes out to him and his family. Everything they are going through as Ethan tries to recover. We’re there for him.”

You can find out more about the Jack Jablonski foundation here.