‘It’s been so dry’: Well drillers across Minnesota digging deep in search of water during drought

As the majority of Minnesota continues to experience severe or extreme drought, one group is scrambling to keep up with a depleted water table: well drillers.

"We are dry, no doubt about it," declared Dave Schulenberg, the executive director of the Minnesota Well Water Association. "Right now (the water supply) is being used more than it’s being replenished by nature."

5 EYEWITNESS NEWS was on hand as a crew from McCullough and Sons Well Drilling went to work at a home in Lindstrom.

Their challenge this day: to fix a busted well pump that had rendered the well useless. 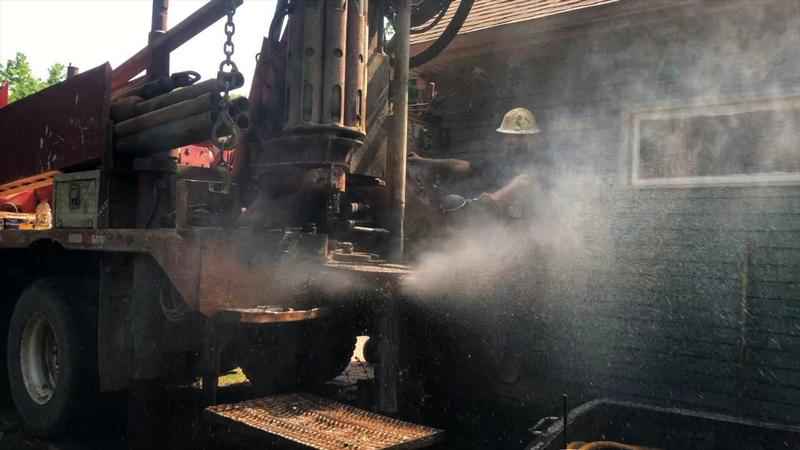 The timing couldn’t have been worse.

The dry spell has neighbors like Karen Wangensteen concerned.

Her family has lived in the same house for 17 years but they haven’t watered their front lawn in months.

"Just didn’t seem worth it," Wangensteen said. "It’s been so dry. It would have been a constant battle, and we’re worried about our well levels."

"In certain areas of the state we are ten inches below normal," he noted. "It’ll take a 10-inch rain to get us back to where we should be. In some of the northern, northwest parts of the state, you’re looking at a foot worth of rain that they need."

Schulenberg also says association members — about 200 well-drilling companies across the state — are busier than they’ve ever been.

"The waiting time for wells is getting to be a year in some instances," he said. "People are being told that yes, I’ll get you a well, but it will be next year."

McCullough says he has a waiting list of at least 100 customers.

His biggest worry? That people in homes and public venues aren’t conserving enough.

"Try not to waste a lot of water, that’s going to help us all," McCullough said. "It’s not going to do 100%, we still need rainfall to help us regenerate our aquifers, but we’ve got to start conserving."

He added that the pandemic is causing a major headache: severe supply chain delays.

One pipe manufacturer, he says, isn’t taking any orders for the rest of the year.

Wangensteen said she’s trying to do her part, by sharing water with her neighbor who’s doing without during those well repairs.

Like many, she’s hoping a significant amount of rain will come soon.

KSTP asked if this was the driest period she’s ever seen.

"I think so," she answered. "I seem to recall when I was a child having a really drought summer, with yards going dormant, and everybody telling people, ‘Let your yards go dormant, they will come back.’"