The driver and lone occupant of the vehicle was identified as 30-year-old Trevor Scott May of Brooklyn Park.

The State Patrol says May wasn’t wearing a seat belt, and was ejected from the vehicle. Authorities add there may have been impairment of some kind. 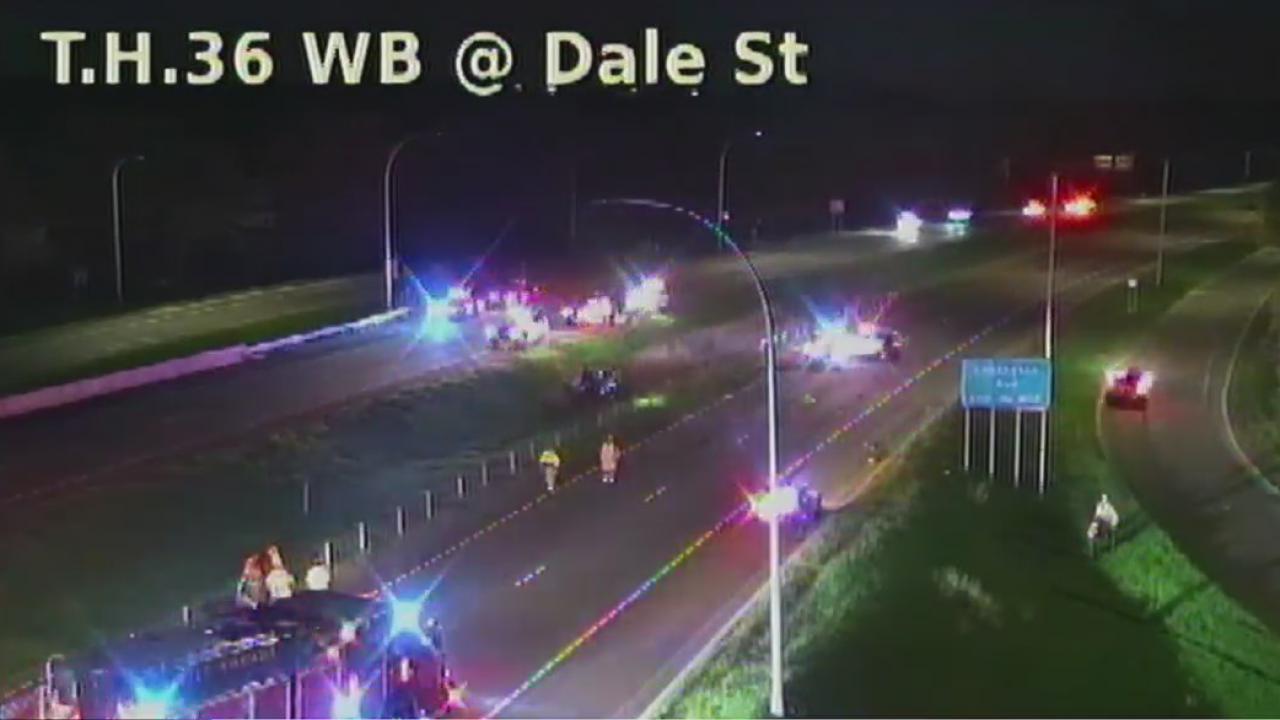 A MnDOT traffic camera shows a crash site on Highway 36 in Roseville on the morning of Tuesday, May 17, 2022.

INITIAL REPORT: Few details are known about a serious, overnight crash in Roseville.

The crash happened near Highway 36 and Rice Street just before 3 a.m. Tuesday.

At least 10 first responders were at the crash scene, which caused both directions of the highway to be blocked.

A 5 EYEWITNESS NEWS photographer could see a body in the roadway.

As of this time, it isn’t clear what led up to the crash.

Check back for updates as more details become available.