President Joe Biden last week called for Vladimir Putin to be tried for war crimes and said he’ll seek more sanctions against Russia after what he described as “outrageous” atrocities around Kyiv.

“That term is enormously powerful, it has a deep historical resonance, we think of Nuremburg when we hear the word ‘war crime,'” said Fionnuala Ní Aoláin, a regents professor of law, public policy and society, and the faculty director at the Human Rights Center at the University of Minnesota.

Before coming to the U of M, Ní Aoláin worked for the prosecutor of the International Criminal Tribunal for the Former Yugoslavia in Bosnia in 1996 and 1997, focusing on war crime cases.

“Political leaders can be very visible during a conflict, but as to the question if they have responsibility for crimes, that’s been really historically difficult to prove in courts of law,” Ní Aoláin said.

Ukrainian President Volodymyr Zelenskyy accused the Russians of gruesome atrocities in Ukraine and told the United Nations Security Council last week that those responsible should immediately be brought up on war crimes charges in front of a tribunal like the one established at Nuremberg after World War II. 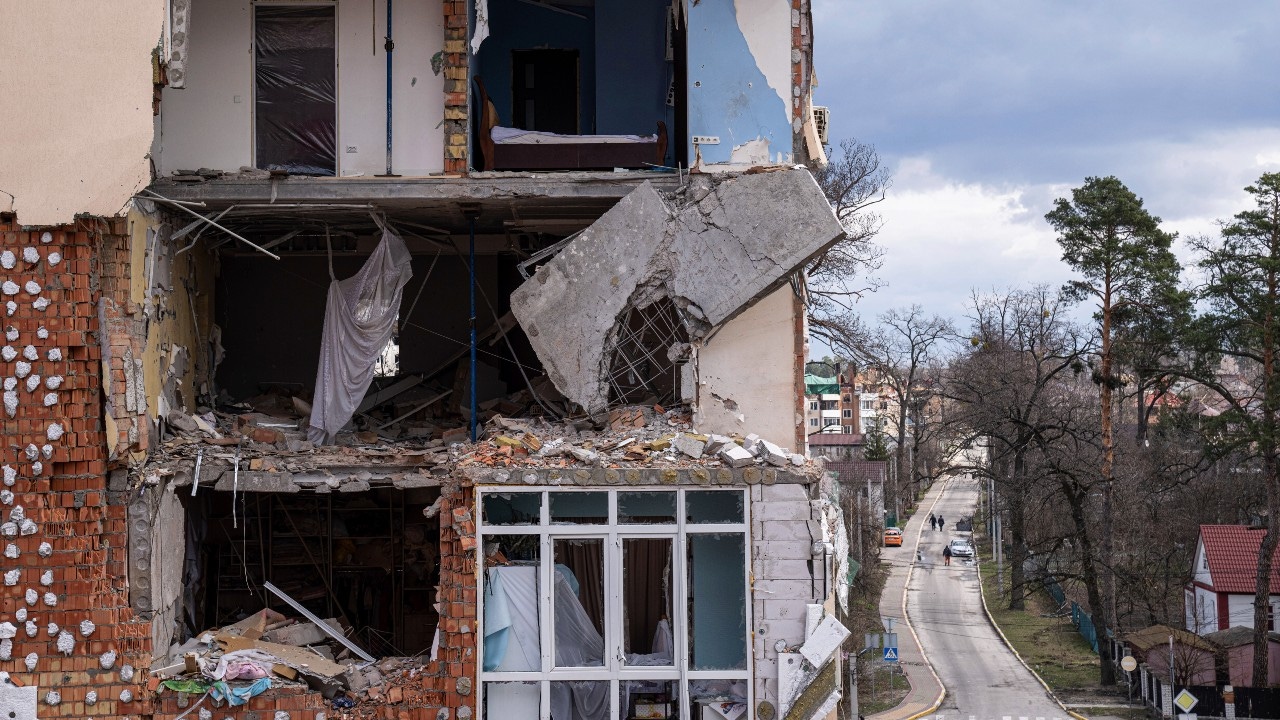 People walk down a street near past a building damaged by shelling in Irpin, in the outskirts of Kyiv, Ukraine, Monday, April 11, 2022. (AP Photo/Evgeniy Maloletka)

The chief prosecutor for the International Criminal Court at The Hague opened an investigation a month ago into possible war crimes in Ukraine.

Prosecutors need to look for evidence that a commander knew about a soldier’s actions, the professor added.

“Proof of command responsibility is really hard,” Ní Aoláin said. “You have to demonstrate the commander knew or should have known exactly what was happening — sufficient to make him or her responsible for that crime.”

The deliberate targeting of civilians can be a war crime under international law.

“Proving that crime in a court of law, like any crime, involves evidence,” Ní Aoláin said. “That can be particularly difficult to do when a crime has been committed during the course of a war.”