Inside a charter school’s collapse: Records reveal decade of problems

Once lauded for providing an education to children in a historically underserved Somali immigrant community in Minneapolis, one of the oldest charter schools in Minnesota and the nation is now expected to shut down next month.

After plans to abruptly close Cedar Riverside Community School were announced last month, 5 INVESTIGATES reviewed hundreds of pages of reports and complaints revealing its collapse was nearly a decade in the making.

The records, obtained from the Minnesota Department of Education, describe long-term dysfunction, upheaval and growing dissatisfaction among parents whose complaints intensified in the last year. 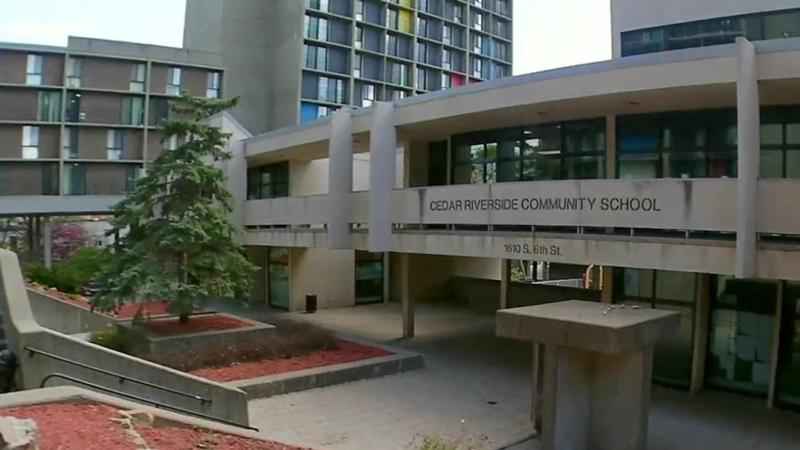 Pillsbury United Communities (PUC), a nonprofit group that oversees Cedar Riverside Community School, issued a notice of intent to terminate the school’s contract at the end of March. It cited declining enrollment, "ongoing issues with transparency," and a failure "to meet its academic contract goals."

"The education model was not clear from top to bottom," said Samantha Diaz, director of PUC’s office of public charter schools.

In a statement to 5 INVESTIGATES, Cedar Riverside said it "strongly disagreed" with the decision to close the school. Bert Strassburg, the charter’s executive director since 2018, declined repeated requests for an interview.

Last year, a petition signed by several parents demanded the removal of Strassburg as well as school board members, calling out a "lack of communication," teacher turnover, and accusing Strassburg of "clearing out all people of color."

Mustafa Diriye is a family advocate who says he’s been working with parents at Cedar Riverside for three years.

"This is a movement led by parents who finally said ‘enough is enough," Diriye said. "When you have four or five years of a bad education system, that is a lifetime. Those kids will never get back those years."

Diriye and others say the current administration is not the only one to blame for the school’s failure. Pillsbury United, the nonprofit which oversees Cedar Riverside and 19 other charter schools, has previously been criticized by the Minnesota Department of Education for a lack of transparency in the way it holds charter schools accountable.

An attorney for Cedar Riverside has echoed those concerns in the past year, claiming in part, that the school was not given enough information to investigate complaints.

Diaz insists on closing the school as a last resort.

"Throughout the contract term, we’ve implemented interventions," Diaz said. "We took steps and said what needed to be addressed and then ultimately with the evaluation at the end of the contract term, it was determined there was no other option but school closure."

Records reviewed by 5 INVESTIGATES show parents made similar complaints as early as 2014, including letters alleging harsh discipline and lack of "cultural sensitivity."

"The Cedar Riverside school is determined to fail the future of the East African students," one letter alleged.

"It’s not about one person. It’s about the whole system," Diriye said. "It’s a privilege to serve the community. If you are not serving, we will kick you out."

Former student Kowsar Warsame, now 20, says she attended CRCS from kindergarten through third grade and had a positive experience.

"It was really fun and tight-knit and the teachers were really nice," Warsame said. "It’s really sad that a big part of this is going away."

But Warsame says her younger sister had a far different experience in recent years before her parents removed her from the school.

"None of the teachers I knew (are) there now. It’s all new people. And it looks totally different. And it’s like, ‘Wow, this is it now?’" Warsame said.

After Cedar Riverside’s final appeal to keep the school open was denied last week, the school issued a statement that it was "deeply disappointed" with the decision, but that it remained "enormously proud of what we’ve built for almost 30 years."

"The problem isn’t how you start, it’s how you finish," Diriye said. "It doesn’t matter what you did 20 years ago. I’m going to hold you accountable for what you’re doing now."