Children’s Minnesota is working to provide better care for patients through an innovative program to address bias at the bedside. The immersive training incorporates actors from the community to simulate real-life scenarios.

5 EYEWITNEWSS NEWS got an inside look at part of the training, which featured two different scenarios.

The first scenario featured a Black mother whose daughter was in the Neonatal Intensive Care Unit (NICU).  Children’s Minnesota employees took turns addressing her concern that nurses were visiting the child across the hall more frequently than her child. She also pointed to data which shows the racial disparities in infant mortality rates.

The second scenario featured a Black father whose son was in the NICU after being born premature. He voiced concerns physicians weren’t explaining procedures to him and he felt the team treating his son wasn’t listening to him.

Hospital employees tackled these difficult conversations in a play-pause format, which also allowed their coworkers to offer feedback and suggestions. The actors involved in each scenario provided input following each scenario as well. 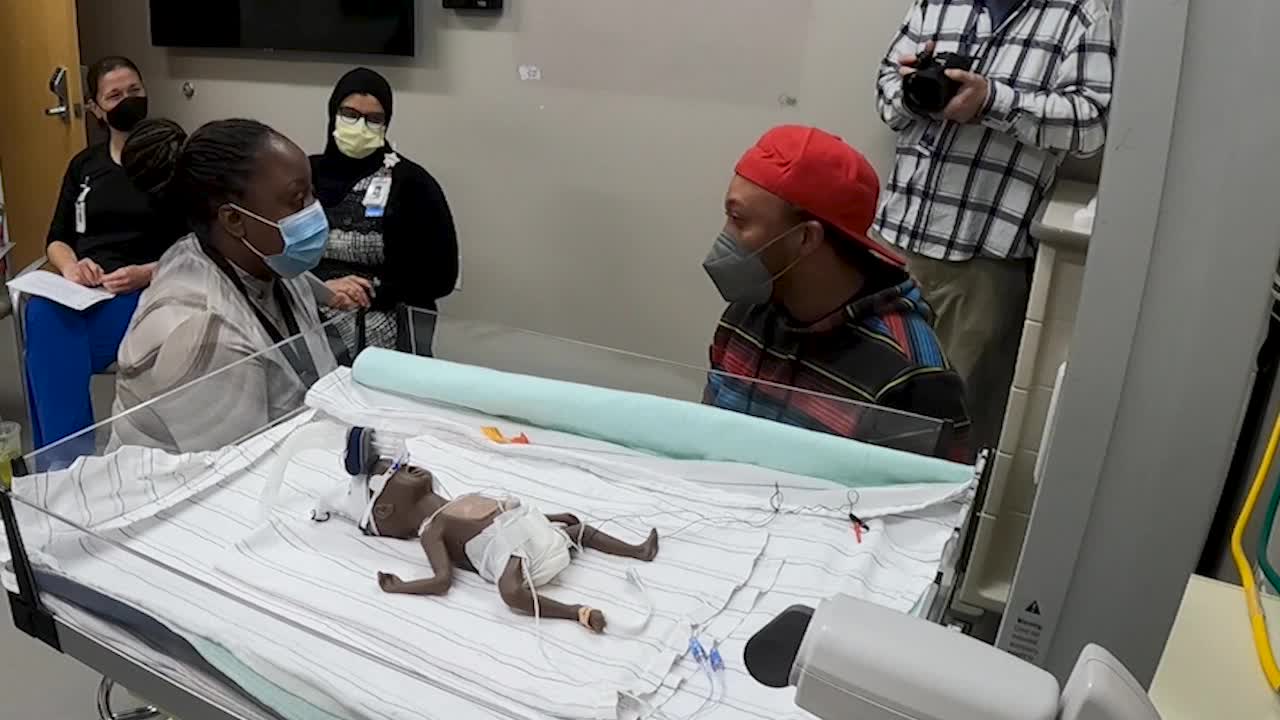 “Having our actors come right from the community, these are folks that might be those caregivers at our bedside or have families that interact with our patient population,” said Dr. Samreen Vora, the medical director of simulation and a Children’s Minnesota emergency physician. “As the kid experts it’s really important for us to learn from our community so we can do better.”

Dr. Vora co-created The Role of Bias in De-Escalation program with Clinical Education Specialist Brittany Dahlen. The goal of the training is to help providers identify the life experiences they bring into the room and where their bias is showing up.

“If we use the skill of really collaborating with each other as a team and really holding each other accountable then that will be at the bedside as well,” said Dahlen.

“Just like we would practice a procedural skill with other things, we need a safe space, a brave space to practice these communication skills and to understand our biases and how they come into play and how we can mitigate that,” Dr. Vora added.

They were in the process of developing the program in 2020 when George Floyd was killed less than two miles from the Children’s Minnesota Minneapolis campus. His murder and the racial justice protests that followed were the catalyst to start the training that year.

“That combination of murder of George Floyd, the protests and then the trial in the pandemic — thinking about our community and what they were facing, what we are facing?” said Dr. Vora, who explained they also offered support for those participating in the training. “I think with this course we were really deliberate. Even our actors would come in and they had to play [the dad], there were so many pieces of that role that could intersect with their real life outside of that.”

The actors helped develop the roles they play in each scenario. The Children’s Minnesota team also asked stakeholders to review the cases to ensure they’re realistic.

“We don’t get to ask our patients ‘Oh how did that land for you?’,” said Dr. Vora. “Individuation is one of the strategies we teach, that one person doesn’t represent everyone, but if we can learn to have these different interactions and learn these strategies then we can apply these bias mitigation strategies to other families.”

A Minnesota Department of Health report from 2021 shows infants born to Black and Native American mothers have a mortality rate more than two times greater than those born to white mothers. Centers for Disease Control data shows nationally Black infants have double the mortality rate than white infants.

“It’s really disheartening as a healthcare worker because you don’t want to think there’s a difference in outcomes between a white baby and a Black baby and the data is there are disparities,” said Julie O’Hara, a Children’s Minnesota NICU nurse. “So for us to learn more about that, to be able to talk about that, to be able to hear when families present that information to be able to validate that and say ‘but we’re here to be our partner and for that not to be the case’, we’re really working hard so that those numbers will someday soon not be any different.”

O’Hara is among the more than 300 doctors, nurses, social workers and members of Children’s Minnesota leadership have gone through the training so far.

“To have a real actor, really you feel like you’re right there,” said O’Hara.

“With this course, we don’t claim it fixes everything but it plants a seed and you start seeing these red flags and you start to see things you may not have before,” said Dr. Vora.