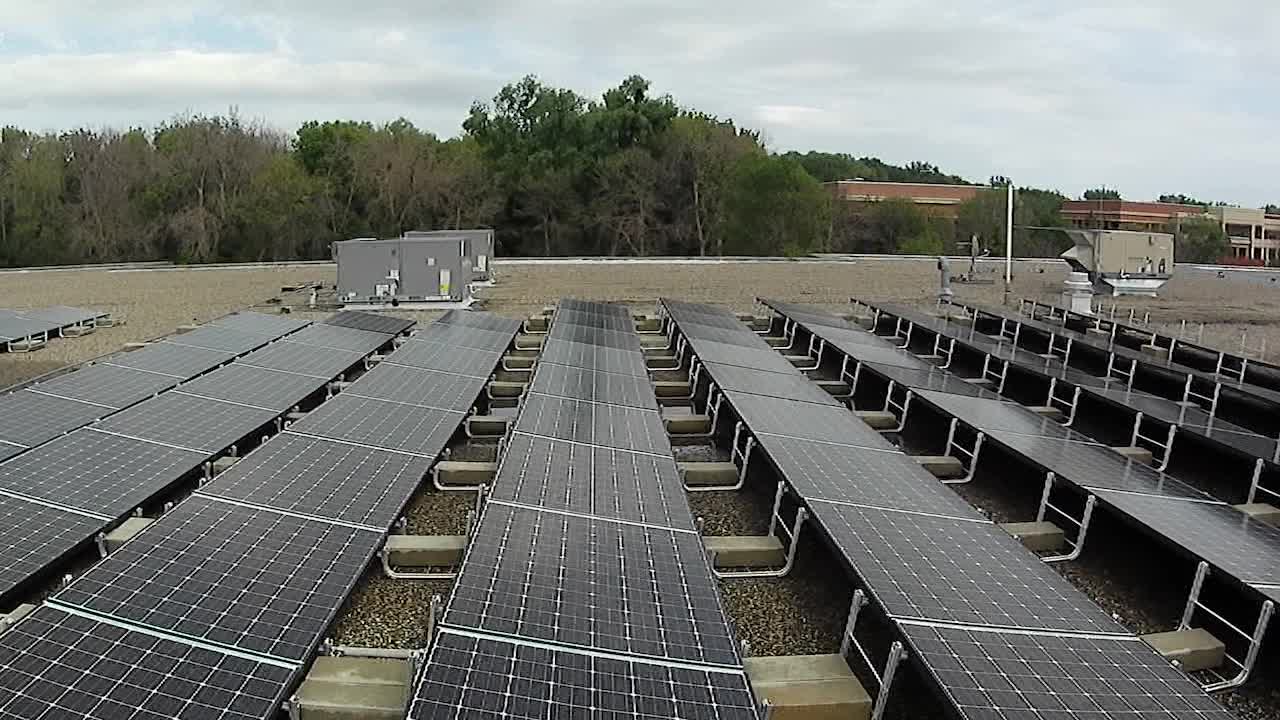 From electric cars, to solar panels.

The $740-billion Climate and Health Care Bill, also known as the Inflation Reduction Act — passed by the U.S. House Friday — could well have a significant impact in Minnesota, experts say.

Especially to those who switch to solar power or decide to buy an electric car.

“This provides a foundation for the next decade,” says Griffin Dooling, president of the Minnesota Solar Energy Industries Association. “There’s also a lot of additional grants and financing support for businesses throughout the clean energy supply chain.”

Democrats called it a day of celebration.

“Democrats, more than any other majority in history are addicted to spending other people’s money, regardless of what we as a country can afford,” declared House Minority Leader Kevin McCarthy.

But David Schultz, a political science professor at Hamline University says the bill is a game-changer for Minnesota’s clean energy industry.

“This is one of the most significant bills addressing climate change and renewable energy the U.S. has ever passed,” he says.

Schultz says when he purchased solar panels for his home more than a decade ago, federal tax rebates covered about 30% of the cost.

He says under this bill, those tax breaks could go higher.

“It may not be 100%, but we’re certainly going to be looking at significant outlays in terms of being able to help consumers to buy and install solar panels,” Schultz says.

“I think it made economic sense,” she notes. “Since I’ve been here, my bill has been going up and up and up — and with the strain on the grid, from what I’m learning, I know I am taking part in alleviating some of that stress.”

Dooling estimates the bill will provide $30-billion in grants and loans for solar.

“So one of the major components of the bill is creative incentives and supporting domestic manufacturing like here behind me,” he explains. “This equipment was actually made in America several years ago, and since that time, a lot of these manufacturers have downsized or moved offshore — and so this bill provides ways for these component manufacturers to actually come back and stay in America.”

Dooling is also the CEO of Blue Horizon Energy.

He believes the bill will make a big difference in clear energy investment in Minnesota.

“We have one of the few domestic manufacturing plants in the country up in the Iron Range,” he says. “So that plant will be supported for expansion through some of these incentives and grants and so forth.”

It extends subsidies for affordable care act subscribers, allows Medicare to negotiate prices on some prescription drugs, and includes a $35-a-month cap for insulin, the diabetes drug.

The bill’s passage may also be perfect timing for people worried about high gas prices.

Schultz says the bill will help fund the construction of more recharging stations across the country — which he says in turn might encourage people to go electric behind the wheel.

“There’s still not many of them. Electric cars don’t have anywhere near the same, let’s say distance, that you have currently with gasoline-based ones,” he says. “Tax credits for when you buy these cars, it’s going to make it possible to refuel, recharge them as you’re taking trips, which will then create incentives for people to want to buy these cars.”