Increased testing demand leading to frustrations, people getting turned away

A continued spike in demand for COVID-19 testing is leading to more frustrated Minnesotans – some were turned away from community testing sites because of how busy they were.

There were so many people trying to get a test at the Minneapolis-Saint Paul International Airport Monday, that just after 2 p.m. the state-ran site stopped accepting walk-ins.

EFFECTIVE IMMEDIATELY: At the request of airport staff to reduce crowding, the @mspairport testing site is moving to appointments only today. Please only visit the MSP testing site if you have an appointment. Find other testing options at https://t.co/qLXy82KNGC #StaySafeMN

As of Monday night, MSP’s testing location was still reporting that an appointment would be needed at that location.

The Minnesota Department of Health (MDH) is calling this spike in demand "unprecedented."

"We are assessing our testing network and plan to expand testing capacity and announce more options for Minnesotans this week," an MDH representative added in a statement.

This spike is not only putting pressure on testing locations but testing providers. Even one of the state’s biggest providers, Vault Health, said what’s happening right now with the need for testing "far exceeded" their expectations. 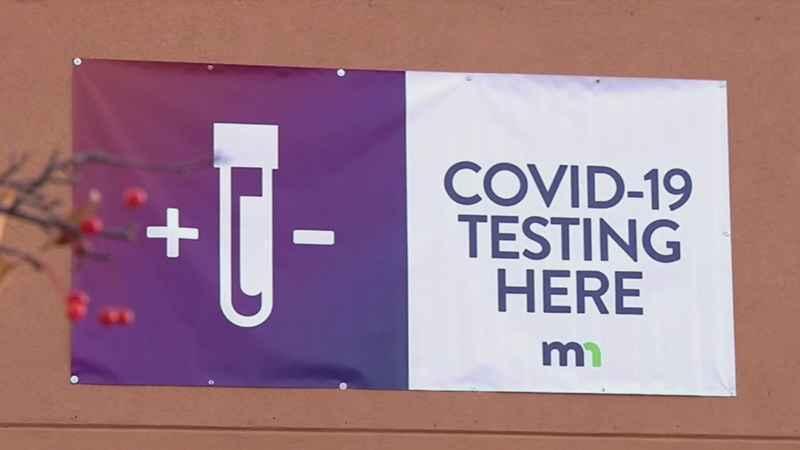 "The omicron variant comes at a time where delta has not quite tempered itself," Jason Feldman, chief executive officer for Vault Health, said. "We’ve got two variants fighting each other," Feldman added about the challenge to keep up with the testing demand.

"We’re making sure that the supply chain is ready for this onslaught of omicron infections, which means more tubes to spit in, more nasal swabs, more chemicals in the lab, and more people to run those tests," Feldman said.

During the delta and now omicron surge of COVID-19 community spread, the Biden administration has been stressing the importance of testing – specifically rapid-tests, including those taken from home.

A couple of weeks ago, President Biden announced the federal government will be purchasing 500 million rapid tests that can be sent to people’s homes for free. Specifics haven’t been shared on how exactly that will work, but the White House reported a website will be rolled out in January for people to order the at-home tests.

While Feldman with Vault Health is excited about the Biden administration’s plans to increase testing, because of the current demand and supply chain issues, they know it will take weeks to see an impact.

"At this point, as we move forward, we’re going to be playing catch up for some time," Feldman said.

He also mentioned that it’s a good idea to order an at-home test through Vault and the state of Minnesota to be prepared in case you need to take a test and getting to a site isn’t an option.

On top of the community testing sites, the MDH said more than 500 providers also offer testing.