At an FBI recruiting event geared specifically towards women, Special Agent Brenda Kane shared her story with about 60 people. She’s in a position of influence as the agency works to diversify its force.

Kane is the sole recruiter for Minnesota, North Dakota and South Dakota.

While about 43% of FBI employees are women, a gap persists with special agents. Only about 20% of special agents were female as of 2020, according to the FBI.

“It is a male-dominated agency still, and I’m hoping that we get to a point where we change that completely," Kane said. “I want to tell my story to women and say, ‘This is possible for you.’”

Kane explained she grew up in a small Minnesota town. 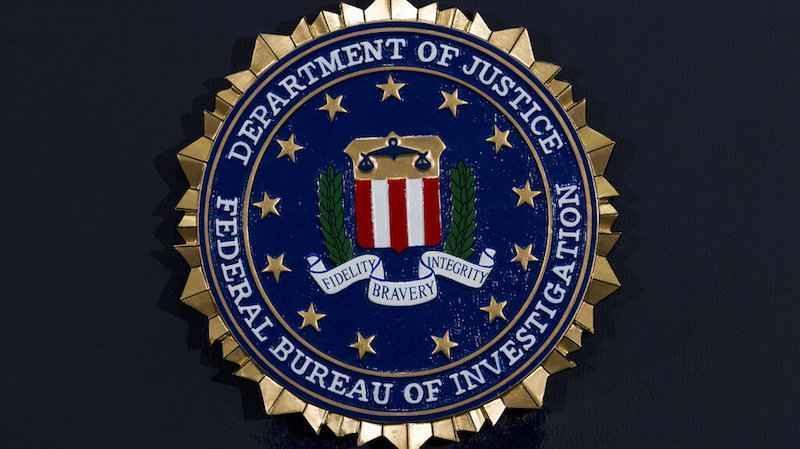 This Thursday, June 14, 2018, file photo, shows the FBI seal at a news conference at FBI headquarters in Washington. In an alert Wednesday, Oct. 28, 2020, the FBI and other federal agencies warned that cybercriminals are unleashing a wave of data-scrambling extortion attempts against the U.S. healthcare system that could lock up their information systems just as nationwide cases of COVID-19 are spiking.[AP/ Jose Luis Magan]

“I was the first person in my family to go to college and graduate from college,” she said. “I had no idea what I was going to do for my future.”

She decided to pursue a career with the FBI.

“When I went through 12 years ago, in my academy class there were five women out of 50 recruits. It was difficult … but if anything, this was an opportunity for me to say, ‘I can do this. If they can do this, I can do it,’" she said. "And I’ve always had that mentality in life — if someone else can be an FBI agent, why not me?”

During her 12 years as a special agent, Kane has worked public corruption, civil rights investigations, international terrorism and cyber terrorism investigations. She’s also on a response team that deploys to crime scenes and mass casualty events to collect and preserve evidence.

The FBI’s first female special agents served in the 1920s. All three of those agents had resigned by 1928, and FBI Director J. Edgar Hoover then instated a men-only rule.

It wasn’t until 1972, following Hoover’s death, that the FBI announced "women applicants will now be considered" for the position.

Nearly 50 years later, about 80% of special agents are still men.

“The two most common things I hear from women are, ‘I don’t think the FBI would want me, I’m not good enough’ and ‘I don’t think I could have a family and live a life that I want with this profession,’” Kane said. “I love that I’m in this position because I’m evidence you can do that.”

She stepped into the role of recruiter in June 2020.

“We have seen numbers a little bit lower this year and I can’t help but believe that they’re attributed to prior events going on in this country,” Kane said. “With every event that happens that reflects on law enforcement in a negative light has an impact on people wanting to do this job and wanting to sacrifice things in their life to do what it takes to get this job — for sure that has an impact. But I have also seen a population stand up and say this is important, this is a necessary profession and I want to be part of the solution.”

Kane was encouraged by the dozens of women who attended Wednesday’s virtual recruiting session. She has another event planned for September.

She is also reaching out to communities of color.

“We’re not unique as a law enforcement agency, recognizing the need for diversity in our workforce,” Kane said. “We can be more effective, the greater our diversity. We need differences in opinion, we need differences in backgrounds and cultures and ethnicities because we’re having conversations with the American people every single day and if we don’t have that education, those experiences, we can’t have those conversations well.”

She explained they are looking for applicants who have a wide range of backgrounds, including accountants, teachers and those who currently work in STEM fields.

“Some of the best interviewers I’ve ever been paired up with are teachers,” said Kane. “I want to be surrounded by women that bring something really unique to our agency and I want to be replaced when I retire years from now by a group of women who are excellent FBI agents.”

As of 2020, more than 53% of FBI intelligence analysts and more than 58% of FBI professional staff were women.