As jury selection continues in the trial against the former Minneapolis police officer charged in the death of George Floyd, attorneys on both sides are asking the court to limit certain testimony during the proceedings.

On May 26, 2020, just 12 hours after Floyd was taken into custody – Chief Medaria Arradondo announced that the four officers involved in the incident had been fired. During the press conference held on the steps of city hall, community members and Black faith leaders stood behind Arradondo, in a show of support for the chief’s decision.

Prosecutors are asking Judge Peter Cahill to exclude "any argument, evidence, or testimony" related to that decision. Jerry Blackwell, who is working on the state’s case pro bono, raised concerns about problems that could come along if the defense raised the issue in front of the jury.

"It just doesn’t have much bearing on what the jury has to decide, and then brings with it too much baggage," Blackwell said in court. 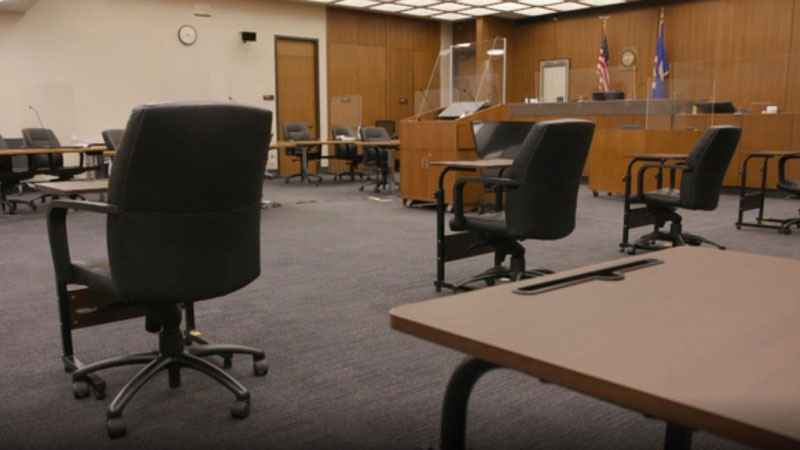 According to earlier court filings in the case, Chauvin’s attorney Eric Nelson had previous suggested that the termination was based on community pressure and was rushed.

" [Notes:Arradondo] checked the milestone cameras, went about the normal critical incident policy, and then was made aware of the civilian Facebook video. He immediately recognized that this was going to have bad optics for the City of Minneapolis," Nelson said. "He consulted with faith leaders… he consulted with the Mayor of the City of Minneapolis and made a decision within about 12 hours to terminate four Minneapolis police officers.

"Terminating Mr. Chauvin and the other three officers involved is reflective of potential bias," Nelson said. "He made this decision based upon how he feared the community, generally would react to this, that goes to bias."

Cahill ruled the state is only allowed to talk about Chauvin’s employment start and end dates, but he left the door open to revisit the issue as the trial proceeds.

Mark Osler, a University of St. Thomas Law School professor and former federal prosecutor, said evidence of the circumstances around a defendant’s employment can sometimes make its way into testimony in a criminal case.

He explains, however, that the firing of Chauvin and the other three officers was unique.

"There’s no doubt that firing was made in the context of a city that was about to explode," Osler said.

At this point in the case though, there is more information and evidence that prosecutors can use to present a complete picture to the jury, Osler said.

"What matters is what the jurors know now based on the evidence the government puts before them and it’s dangerous to distract from that," he said.

These issue have been debated in other murder cases involving police officers in Minnesota.

At the time of Jeronimo Yanez’ trial, he was still employed as a police officer in St. Anthony. It was after he was acquitted in the shooting death of Philando Castile that the city offered him a "voluntary separation agreement."

In 2018, Mohamed Noor was terminated from the Minneapolis Police Department the same day the Hennepin County Attorney’s Office filed charges against him in the death of Justine Ruszczyk Damond.