For Minnesota voters and candidates, this has been an election of firsts.

“We are changing and growing and moving forward as a community,” declares Lori Saroya, an incoming member of the Blaine City Council.

5 EYEWITNESS NEWS sat down with the two newly elected office holders — who, in the process, are making political history in Minnesota.

Saroya is the first Muslim and the first woman of color to win a city council seat in Blaine. 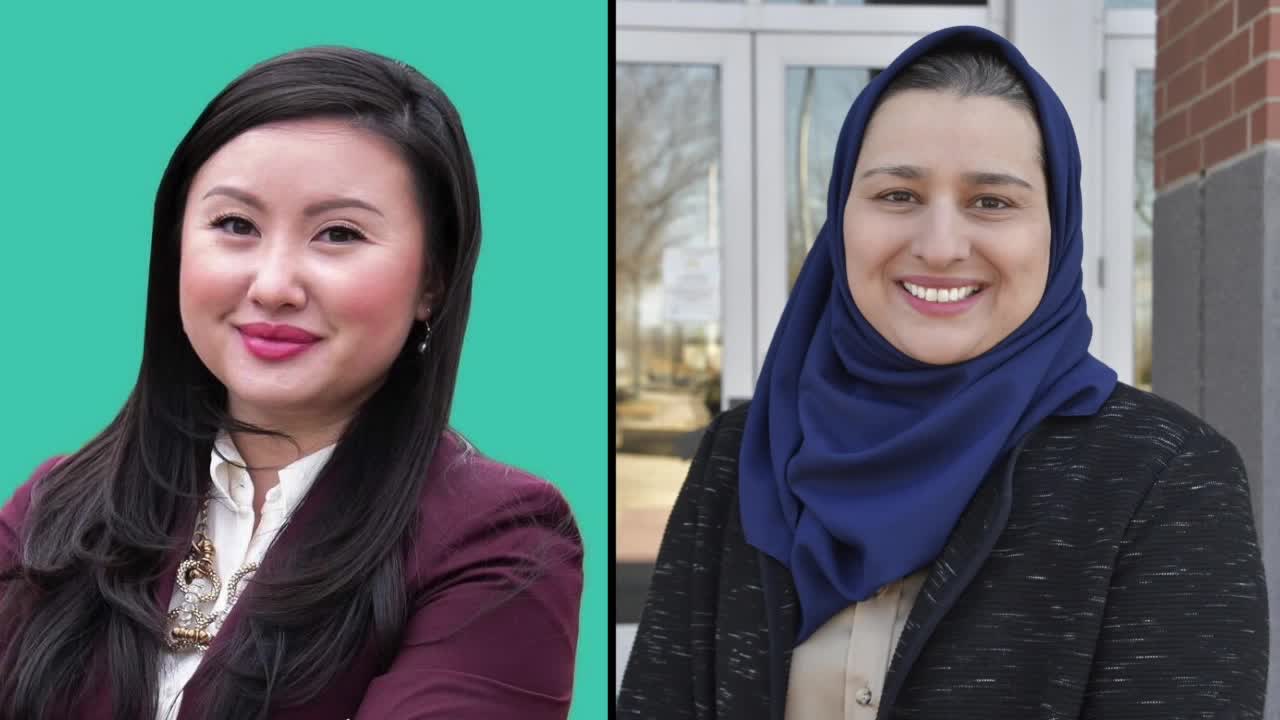 She’s an attorney who works with non-profits, and says she won the Ward 1 contest by just seventy-four votes.

“I feel really grateful and humbled,” Saroya says. “When I entered the race, I was told quote, ‘Blaine is not ready to elect a woman of color,’ and to prove that’s wrong is huge.”

Knocking on about 5000 doors, the 41-year old mother of three says she discovered something about the community she’s called home for nearly two decades.

“What I’ve learned is that Blaine Ward 1 has some really amazing people,” Saroya explains. “It’s such a great community and I feel so welcome and so included.”

That inclusion is also felt by Chong, who’s the first-ever Hmong-American to win a county commissioner seat in Ramsey County.

“I believe that when we talk about our values together, we can make a very progressive change,” she says.

Chong, 34, with two kids, has been a legislative aide at St. Paul city hall for the past eight years.

She won her District 6 seat — which represents parts of east St. Paul — by two-hundred thirteen votes.

Her biggest issue is affordable housing.

“I was born in a family that was very poor,” Chong notes. “I had to navigate the county systems for my parents. Never would I have imagined that I’d be running for office and also be elected.”

She says she wants to bring more resources and investments to her district, ramp up home ownership, and provide services for people experiencing homelessness.

But why these firsts now?

“It’s becoming increasingly more diverse from people all over the world, Africa, South Asia and so forth are settling and developing these core communities,” he says.

That diversity, he says, is driving a surge in voting, and people running for office.

Both women are to be sworn into office in January. For her part, Saroya says she’s hopeful about the future.

“It sends a powerful message, sends a strong message that we are a community that is inclusive, that is welcoming of everybody,” she declares.