Car dealerships in the metro are noticing new trends amid record-high gas prices.

“We definitely see a change in what people are asking for. At least half of my customers are going to ask about hybrids,” said Badou Gueye, sales manager at Luther Brookdale Toyota in Brooklyn Center. “By the time we hit $4 per gallon, there was a definite interest in vehicles that give you good gas mileage.”

According to AAA, the average cost for a gallon of regular gas in Minnesota is $4.39, which is the highest price in state history.

The national average is $4.72, but some areas, including parts of California, are seeing gas prices as high as $8 per gallon.

“I used to be able to fill my car up for 30 bucks, and the other day it was 60,” said Jenny Anderson, who commutes 50 miles per day to and from Brooklyn Center. 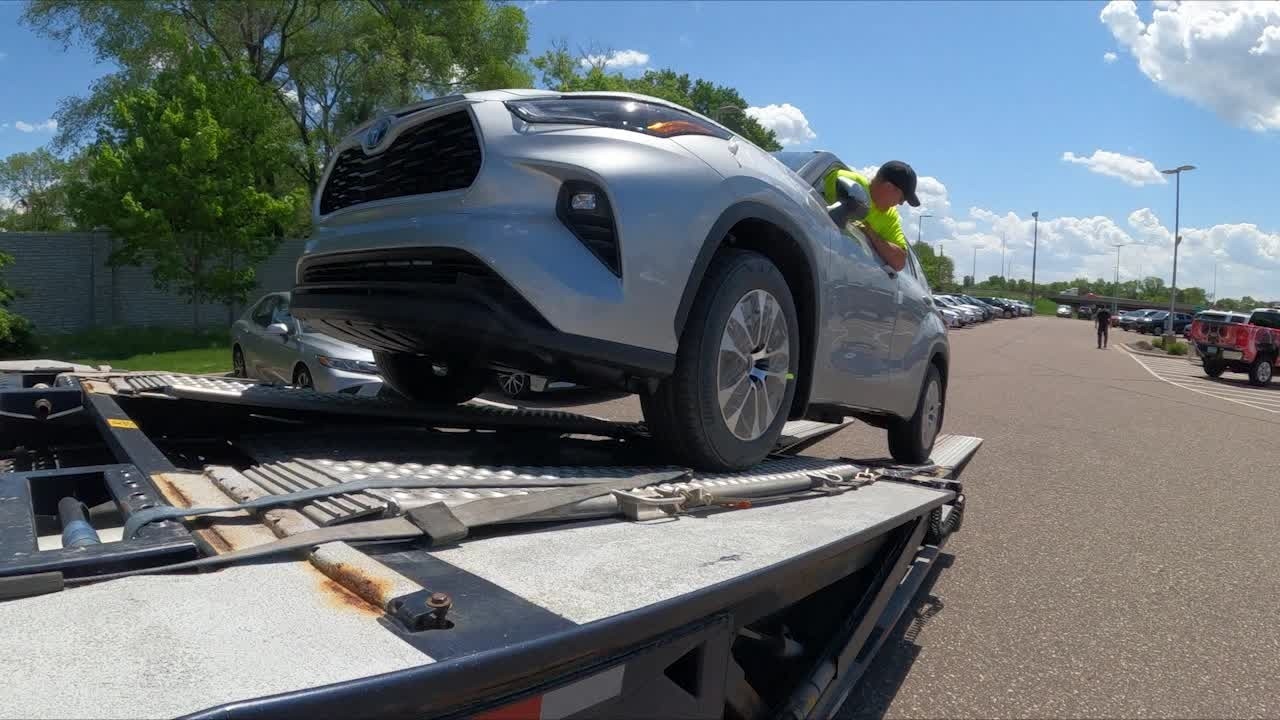 A man backs a Toyota Highlander hybrid SUV off a flatbed Thursday, June 2, 2022, at Luther Brookdale Toyota in Brooklyn Center. As gasoline soars to record-high prices in Minnesota and across the country, car dealerships are noticing an increased demand for fuel-efficient vehicles. (KSTP)

Anderson drives a mid-sized car but is considering purchasing a more fuel-efficient vehicle.

“My husband actually just started getting serious about looking for a hybrid,” Anderson said. “We’ll probably buy one in the next few months, as soon as we can find the model we want.”

Gueye said the hybrid version of the Toyota Highlander is one of their most sought-after vehicles and can get about 35 mpg.

“So you can get a mid-sized SUV that gives you the gas mileage of a small car,” Gueye said. “Toyota has expanded their hybrid lineup from just cars. We now have the Highlander, and the pickup truck now gets an option for a hybrid as well.”

He said his dealership is now selling at least a dozen hybrid vehicles per week, sometimes double or triple that.

“We definitely see them trading in some of the bigger gas guzzlers,” Gueye said, noting that he does not expect the trend to reverse.

According to GasBuddy, gas prices have jumped about 50 cents in the last month and the national average could soon hit $5 per gallon.