It’s difficult to imagine the grief of Lindsay Overbay’s family.

The medical assistant was working at Allina Clinic Crossroads in Buffalo when she was shot and killed. Her husband, Donnie, has not only had to deal with the loss of his wife but has also had to be strong and supportive of his two children.

"It’s just hard because you know even when you are awake. I still see her sitting on the table," Overbay said. "And no one even got to say goodbye, she was gone before we got there. So it’s hard to not even be able to get a chance to do that, yeah, it’s starting to sink in more and more every day, I think that person who’s taking it the hardest is her son … and my daughter keeps asking when is her mommy coming home so trying to explain that to a 5-year-old is difficult, it’s very difficult."

Overbay’s family issued a statement Thursday that thanked the Buffalo community and beyond for their "outpouring of love and prayer" since Tuesday’s shooting. 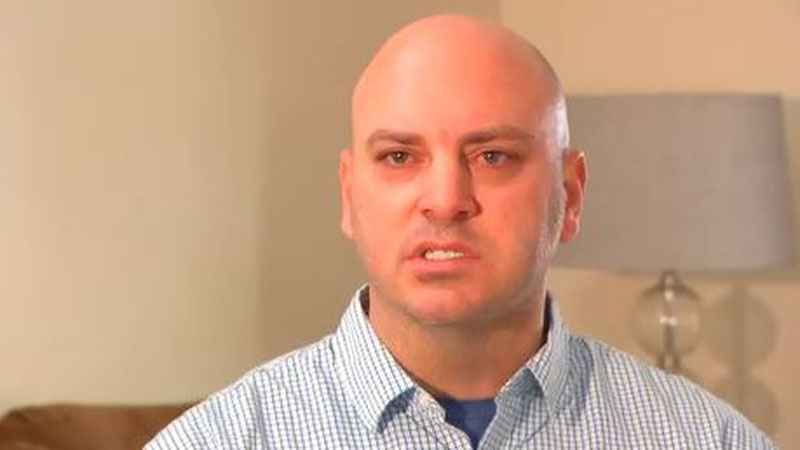 "You don’t know what you’ve got until it’s gone," Overbay said. "She was a very kind, intelligent, amazing, charismatic woman."

Lindsay was doing what she loved so very much, taking care of those in need, when the Maple Lake family’s world shattered beneath their feet.

Prosecutors said 67-year-old Gregory Ulrich walked into the clinic, pulled out a gun and shot five people, including Lindsay.

Overbay said their family got word she was wounded, so they raced to the hospital to see her but it was too late.

"No one even got to say goodbye to her," Overbay said. "That’s probably the hardest thing not being able to hug her… tell her I love her."

The family also wrote to in a statement to 5 EYEWITNESS NEWS that "her laughter, abundant and loud, would echo through hallways. Her legacy will live on in the hearts of her children."

During such a difficult time, 5 EYEWITNESS NEWS spoke with leaders and members of the faith community in Buffalo. They’re working hard to help people of all ages try to find a way through their heartache.

"This is such an amazing community," Kelly Thole, a Wright County resident, said.

Thole has been part of St. John’s Lutheran Church in Buffalo for nearly 15 years.

Their ministry is making sure its youth are cared for after the shooting at the clinic, which is just a few minutes away from the church. This week, a fellow pastor in Bloomington brought over a therapy dog for comfort.

"It was just a great evening where all of the kids were kind of gathered around Gideon, and there’s a lot of healing that takes place, just in petting him and spending time with him," Senior Pastor Ryan Clark said.

Clark said it was just a start to the healing.

"We are also praying for our community, that even though this was a terrible thing, that God would use this to draw us together as a community," Clark said.

The faith community said Sunday’s sermon will be different than originally planned.

"The comfort that our faith gives us in the midst of something that feels kind of hopeless and overwhelming, and that’s a comfort that only God can give," Thole said.

A website detailing how people can help and show support for the victims and their families was unveiled Thursday. Click here to view it.