More than 300 Edina residents turned out for a community crime prevention meeting Tuesday night. They asked police to do all they could to arrest violent criminals and urge prosecutors in the Hennepin County Attorney’s Office to seek the toughest possible prison, or jail, sentences.

One woman, who identified herself as Jessie, told the crowd she survived a violent attempted carjacking last Thursday in Edina, at the Lund’s & Byerly’s grocery store at 50th and France, and urged those in attendance to push for an end to the violent crime.

"The time for us to be ignored is over as we have watched two years of an inflating crime rate to through the roof," said Jessie. "We are being terrorized in our homes, in our cars, in our everyday lives, and what you see on my face is the least traumatizing thing of what’s going on in my body."

Minneapolis resident, Julie Wicklund, told those in attendance that she was the survivor of an armed home invasion with her 14-year-old daughter not far from the border and city limits of Edina, and she asked for their support in seeking tougher sentences for violent offenders. 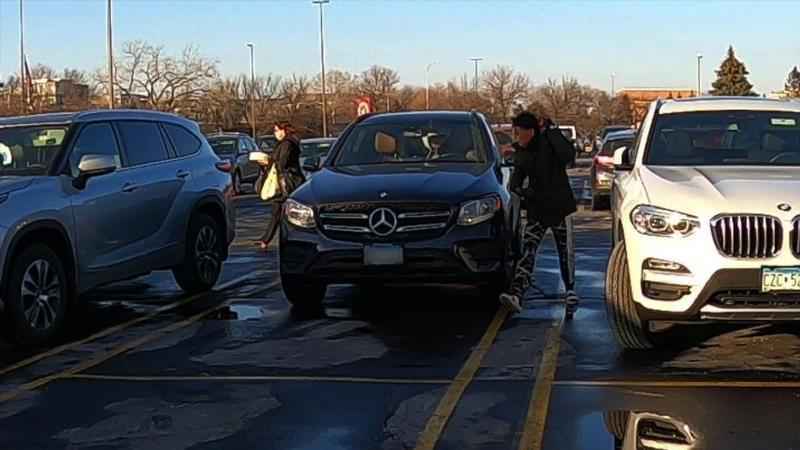 "We have to have attention placed on sentencing guidelines, and that just has to be addressed," said Wicklund.

Assistant Hennepin County Attorney, Tom Arneson, said prosecutors seek the toughest sentences possible for juveniles. Still, those longer sentences are not always permissible in some cases because the state seeks rehabilitation of most juvenile offenders.

"We have had 85 carjacking cases presented to our office so far this year, and I can tell you we have prosecuted about 85-percent of those cases," said Arneson. "I would love to have that number be 100-percent and that every case submitted to us was prosecuted."

The meeting comes on a day when the Hennepin County Attorney’s Office announced a new task force of attorneys to handle a surge in carjacking cases.

"They are really going to be aggressive about the prosecution on these crimes in Hennepin County," said Edina Mayor Jim Hovland.

Edina’s mayor said he spoke earlier in the day with County Attorney Mike Freeman about their new efforts.

"So that people can prosper, and not worrying, not being fearful, not having to look over their shoulder," Hovland said about his hopes the suspects are caught.

A group of residents invited city leaders and law enforcement to address the crime spree in recent weeks.

"As we’ve seen the trends, and certainly started to feel it was becoming a really important issue,” said" Liz Ross, meeting co-organizer. “It was moving from property crime, upsetting, something you can prevent by locking your cars, and removing your keys, to really violent crime and to assaults.”

Three people were injured in an attempted carjacking Thursday in Edina, according to police.

Edina police shared images of people they believe are connected to the attempted carjacking, along with announcing a reward.

“These are violent and scary cases for the victims who are carjacked, some happening in broad daylight outside the grocery store or their homes,” Hennepin County Attorney Mike Freeman said in a statement. “My office will provide victim assistance and prosecute cases referred to us from law enforcement to the full extent of the law.”