Hundreds gather to protest prior to Chauvin trial

Hundreds of people gathered Sunday afternoon to call for justice in the death of George Floyd just one day before Derek Chauvin, the former Minneapolis police officer charged in his death, is scheduled to go to trial.

The rally was organized by the Racial Justice Network and started at the Hennepin County Government Center.

A coffin was carried as protesters made their way through downtown Minneapolis. Pictures of Floyd and flowers were carried by protesters as well. Eventually, the coffin was placed in the Hennepin County Government Center plaza, and some placed flowers around it.

"We’re looking for justice, we want justice this time, you know? It’s got to stop somewhere," Towana Coleman, who was at the rally with her kids, said.

Floyd’s cause of death, ex-cop’s force will be keys at Chauvin trial 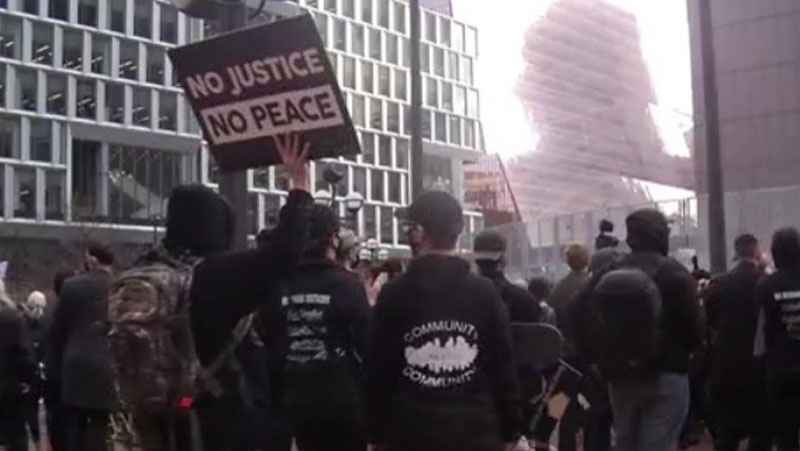 A childhood friend of Floyd, Jacob David, traveled from Houston to be in Minneapolis as the trial starts.

"That’s what we’re here for, we want justice," David said.

"I’m here just to make sure that everything goes right," David said. "We’ve been praying, and making sure justice will be served for the wrongdoing that they did to George Floyd."

As organizers wrapped up and thanked those who attended, they said they’d be back the next morning before the trial begins.