Hundreds of people attended a tribute for George Floyd on Thursday to commemorate what would have been Floyd’s 48th birthday.

The event was hosted by the George Floyd Global Memorial and honored the nonprofit organization’s one-year anniversary as a part of the gathering.

"This is meant to commemorate what his life meant and the impact he’s had," spokesperson LaToya Evans said. "What can we do to turn this tragedy into something that’s uplifting, something that’s educational, something that really helps to push our communities forward and also better our relationships so this doesn’t happen again?"

"It was a very tragic, powerful moment but I hope in some respects it becomes a galvanizing moment for the kind of change we need," said Jess Womack, who was at the memorial for the first time Thursday, while visiting from California. 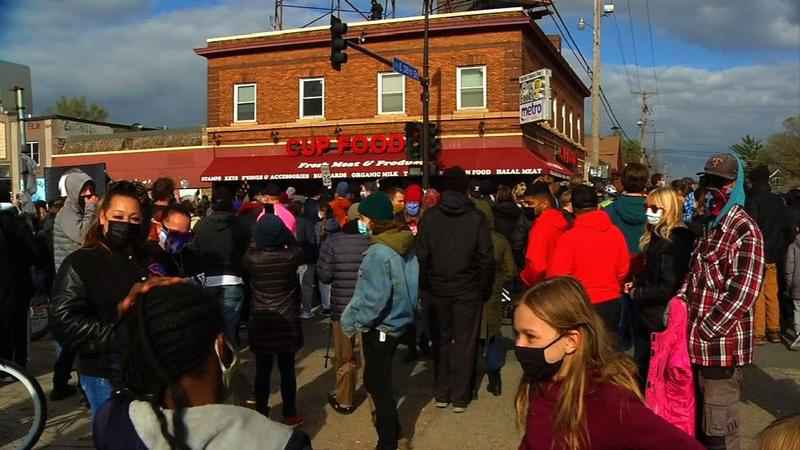 Evans said the nonprofit exists to preserve the art and offerings surrounding the site where Floyd was killed as historical expressions of both pain and hope.

"I think that when we reflect on all the events we’ve seen in the last year and a half, we’ve all been changed by this tragedy," Evans said.

5 EYEWITNESS NEWS also asked city leaders Thursday for an update on the status of George Floyd Square, where roads were blocked in protest for more than a year.

The city started the process of reopening the intersection at 38th and Chicago in June, which resulted in a tense back-and-forth with the caretakers of the memorial space for several weeks.

A city spokesperson provided this statement:

"Since the reconnection efforts began in early June, traffic flow has been dynamic in the George Floyd Square area. More recently, most directions have been consistently open but drivers might need to use a shared lane for part of the trip. There is still a memorial in the southbound lane of Chicago south of 38th Street that results in lane sharing."

The city said they continue to work with the community on plans for a permanent memorial space at the site.

"It’s in transition, so certainly there’s a lot of planning," Jenkins said. "We’re going to reconstruct this entire intersection. That’s a process we are working to."