Christ Family Kingdom Center, in northeast Minneapolis, is not only a place of worship.

It’s also a shelter for those without a roof over their heads.

“The life expectancy of a person living in homelessness is 45-years-old,” declares Dr. LaTonya Whitley, with Rescue Now Services. “When [the rest] of Minnesota is 77.9.”

There are safety protocols in place here.

People sheltering overnight — there are about twenty beds available — as well as staff are required to take daily COVID-19 tests.

But Rescue Now is going one step further in the fight against the pandemic. 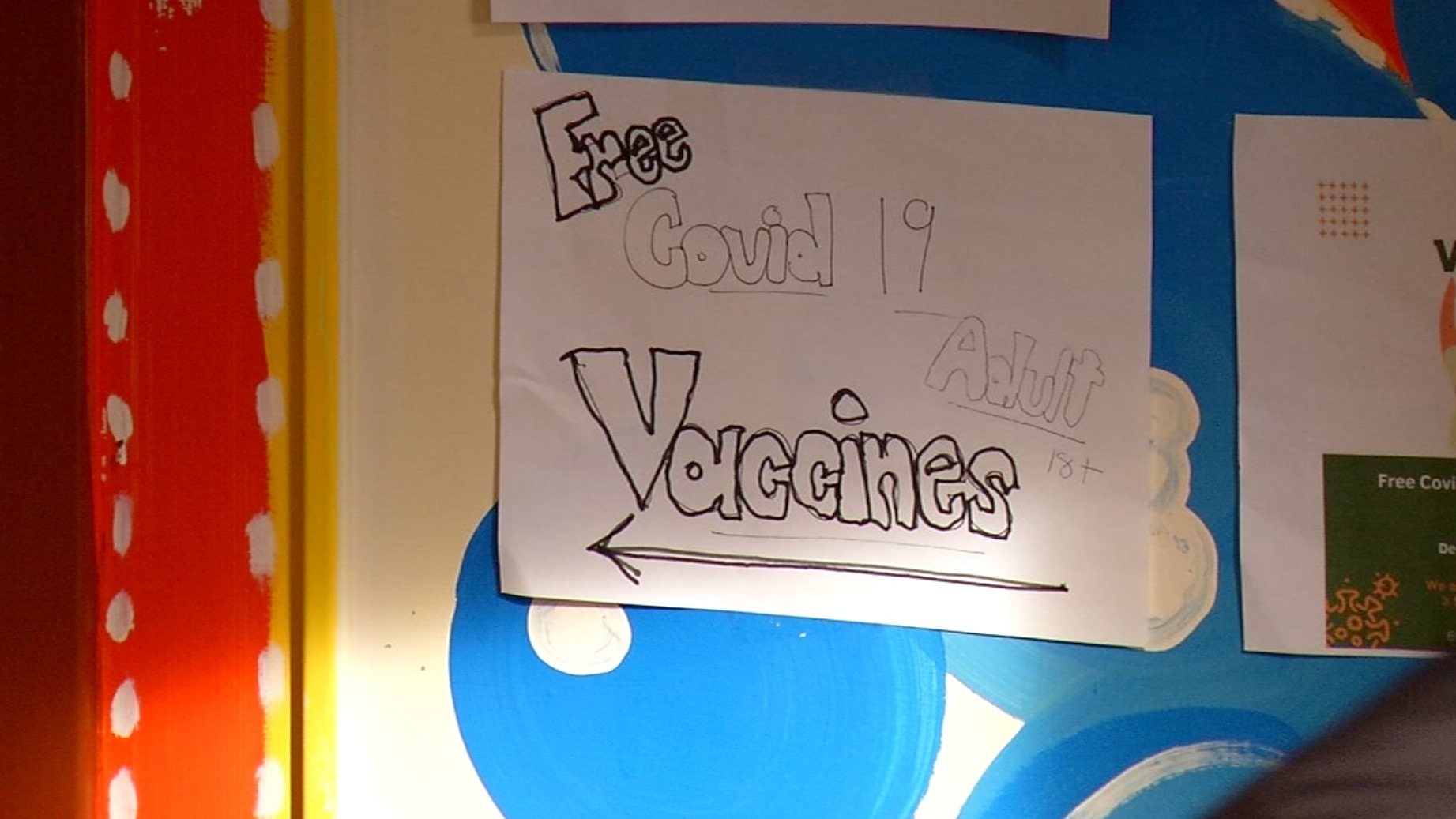 Every Tuesday, the nonprofit hosts two vaccine clinics for individuals and families experiencing homelessness — one at midday, the other in the evening.

According to the Minnesota Department of Health’s most recent numbers, on any given night in 2020, nearly 8,000 experienced homelessness in the state.

More than 5,000 of those people were in the metro area.

“They are at risk because of the circumstances of their lives,” Whitley explains. “It’s because of health factors, environmental factors and infections.”
.
Whitley, who coordinates the clinic, says since mid-December, members of the Minnesota Visiting Nurses Association have vaccinated 230 people there, with 60 people getting their first shot.

She adds most of the vaccine recipients have a high contamination risk.

“If you’re living in an encampment, there isn’t a sink and a bathroom that’s in your reach to wash your hands on a regular basis,” Whitley notes. “So there’s all kinds of infectious potential in that population.”

“This is nothing to be playing with,” says David Hernandez, from Eagan. “It’s very important to get the shot. We need to reach the people that don’t have it.”

Hernandez, 55, says he got two COVID shots with the help of Ally Supportive Services, a homeless outreach agency in Dakota County.

He’s now living in housing provided by Ally, but for a dozen years, he says, he lived in encampments and in the outdoors.

“I’ve been homeless for many years,” Hernandez says. “And I lived in tents and woods, and places like that — abandoned houses.”

He says especially during the cold-weather season, there should be concern about viral spread.

“Some people sharing tents and stuff like that,” Hernandez says. “It’s like I say if you asked them, ‘did you get your shot?’… and just to stay warm, they’re going to tell you, ‘yeah,’ to get inside your tent.”

Ally says it set up vaccination clinics in September, November, and January — giving the shot to nearly 160 people.

The Centers for Disease Control says that COVID-19 vaccines are effective in preventing severe illness and limiting the spread of the coronavirus.

The agency also says the vaccines are much safer than getting COVID-19.

“I had to take a leap of faith myself,” Hernandez recalls. “Yeah, I was scared at first. I didn’t get it for the first five or six months and stuff before I got my first shot.”

Both these services say they’re using financial incentives to encourage people to get vaccinated.

We asked Whitley about how some might argue that paying somebody to get the shot isn’t the right thing to do.

“Look, I love to tell you I was a proponent for vaccination and payment from the very first day I participated in anything COVID,” she says. “When we give incentives, it encourages people who may have been afraid and use that as an excuse. And then they show up because there is a $100 incentive.”

“If that $100 gets them in the door to get that shot and they didn’t get as sick and need to be hospitalized, that’s going to be better for the system as a whole,” she says.

The latest numbers from MDH and the Minnesota EHR Consortium show 13,246 people statewide have recently utilized a homelessness program.

The health department says at least a dozen groups are also using gift cards and food to encourage people to get vaccinated.

Both Whitley and Hanson say there’s no question that cash and other incentives are bringing people in.

But they add, more importantly, this is about keeping the most vulnerable, safe.

“Now, it’s not the money that makes them come, but it’s the money that reminds them,” Whitley notes. “It helps our community, so they’re vaccinated and it helps them because it’s decreased their potential for hospitalization and even death.”

You can find out more about Ally and Rescue Now with the links.