Inside the Uptown Transit Station in Minneapolis, officers with Metro Transit’s Homeless Action Team on Thursday worked to help those in need try and find warm shelter.

In recent years, the special unit has found 350 people stable housing, according to Metro Transit.

“When you know someone else is out in the cold, and you have a warm place to stay, it tugs at your heart,” said Sgt. Kadra Mohamed, who helps run the team. “It’s starting that conversation, building rapport, and finding out what that person needs at that time.”

The Homeless Action Team has a small bus stocked with cold-weather gear for those in need and is also used to bring someone to a shelter.

The team also rides light rail to meet those who might be on the train trying to stay warm in hopes they can connect them to housing resources. 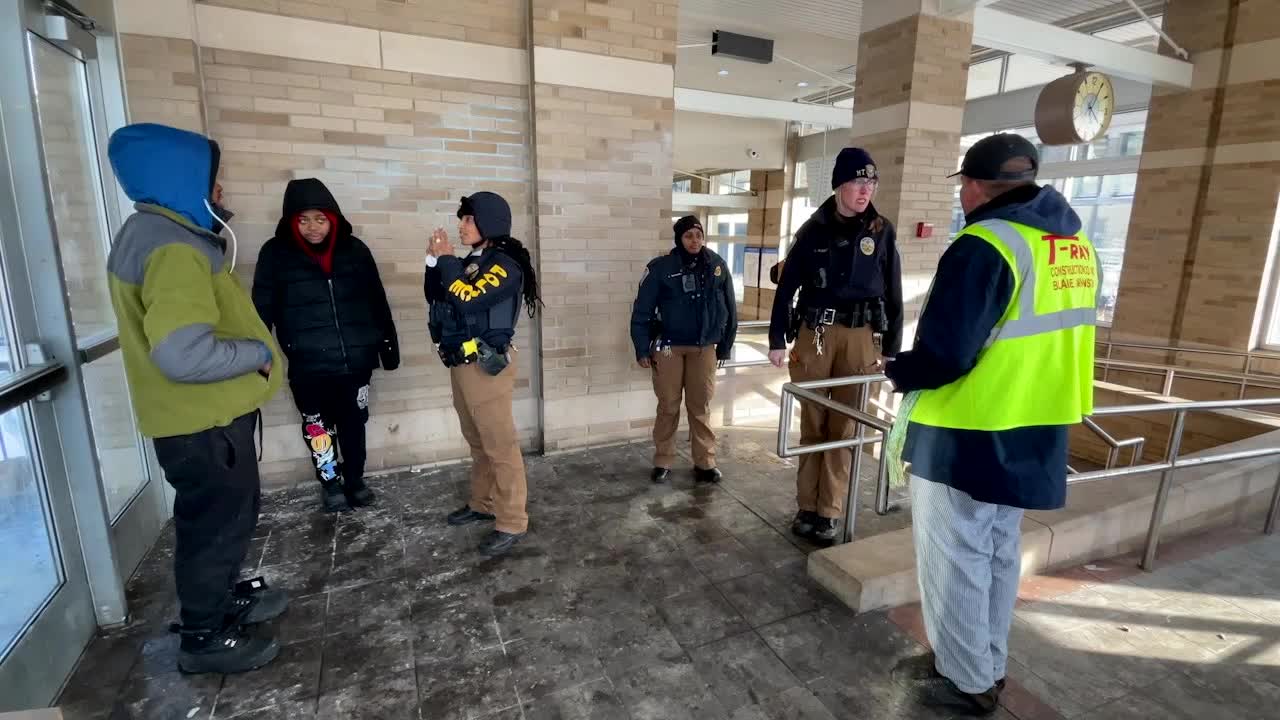 “We learned bringing the services to them is the best success for getting them connected,” said Lisa Gustner, a team leader with the Hennepin County Streets to Housing Team.

Hennepin County recently launched the Streets to Housing Team earlier this year to help those experiencing homelessness, and on Thursday, the team was out working with the Metro Transit unit.

Metro Transit has been reminding their operators and other staff to look as well for signs of hypothermia in people who will be getting on the bus, riding the train, or waiting inside a station.

Hennepin County has a list of resources available for people who need housing or shelter options.