The Minnesota Twins have scored a home run in every single game this season!

It may not have won them every game during opening weekend, but one of the Twins’ youngest fans likely won’t remember how the team fell to the Seattle Mariners on his first-ever home opener at Target Field.

On Friday, five-year-old Otis Lichty found his seat in the left-field, it was his first time at a Twins opening game.

The five-year-old was sitting near the bullpen with his dad and older brother.

It also happened to be Gio Urshela’s first home game with the Twins, suiting up and wearing number 15. 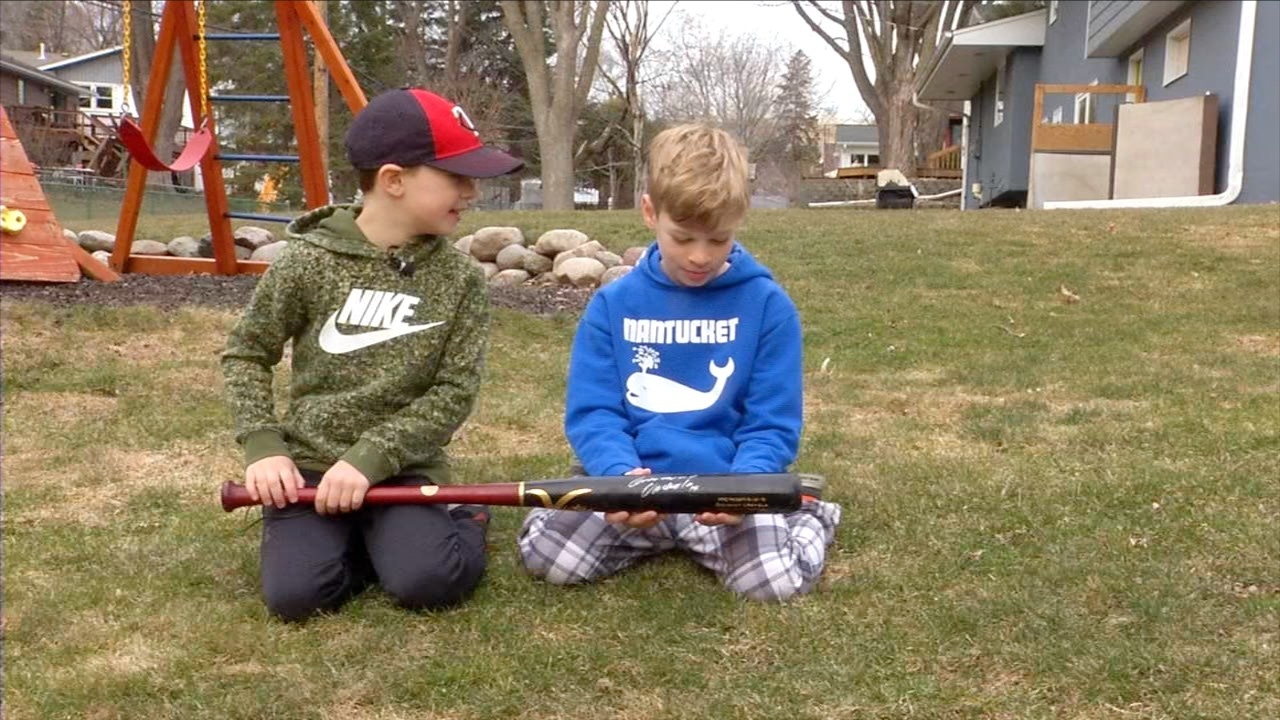 “The sun came out and it was gorgeous,” said Marshall Lichty, who has raised his two boys to love America’s favorite pastime.

5 EYEWITNESS NEWS talked with Marshall, Everett and the Lichty family’s littlest Twins fan, Otis, who all watched Urshela’s first home run ball pop up into the sky – and then straight towards their section.

“Everybody in the stands was blinded by the light,” dad, Marshall, said when Urshela’s cracked the homer into left field.

His ten-year-old, Everett, had been to several Twins games but never had a player’s home run ball come so close.

“It was coming right our way and I was like covering my head and at the same time trying to find where the ball was and then it landed to the seat next to us. And I was like oh my gosh that’s probably the coolest thing that’s ever happened to me.” Everett said, sitting next to his little brother, who then picked up a jacket to reveal number 10’s first-ever home run ball with the Minnesota Twins.

“It feels great and I knew where he hit it,” Otis said, with amazement gleaming in his eyes.

It was a quick scramble for the ball, but the tiny Twins fan ended up with the baseball.

Otis took pictures with Urshela’s home run ball, sharing the moment with his brother and friends who were at the game too.

But before the excitement was over, Twins staff came over to let Otis know that Gio Urshela wanted the ball back.

According to the Twins’ players relations team, Urshela wanted the HR ball back for his own keepsake, considering it was his first-ever home run with his new team.

The Twins’ staff member offered Otis a signed ball by Urshela as a trade. He negotiated.

“She asked him if he would be willing to trade a baseball for Gio’s signature on it. And he says, ‘can you do a bat?’”, his dad said the decision was up to Otis, it was his ball.

But it was no problem.

The Twins’ staff asked Urshela if he would make the deal and soon after, came back with a well-worn, 31-ounce bat, with Urshela’s fresh signature on it.

“It says his name right here,” Otis proudly pointed to his memorabilia.

The maroon and black bat also has the player’s name printed in gold. At the end of the bat, pine tar, which players use to get a better grip while playing.

When we asked Otis and his brother, Everett, what they would do with it, they knew exactly what they didn’t want to do with it.

“We don’t want it in the office anymore,” Otis said.

The boys wanted to play with the bat, while their dad wasn’t exactly on base with that thought. But, he called the memorable trade on opening day a good move for the new player.

A Twins’ spokesperson says when this time of thing happens, negotiations take place solely between the person who caught the ball and the player who wants the ball back.