An original ballet premieres this weekend in Minneapolis, based on the true story of a Hmong refugee who started a new life in Minnesota.

Creators said the production marks the first time a Hmong story has ever been performed by professional ballet dancers.

"It’s a dream come true," said Ho-Shia Thao, the show’s creator. "And these stories are very, very real. It’s not a fairy-tale ballet."

Thao, originally from Brooklyn Center, is a professional ballet dancer and choreographer who has traveled the country in his career. He currently is the artistic director of Hudson Ballet Theatre in New York.

His new production is entitled "Diaspora: A Mother’s Elegy" and shares the life story of his mother. 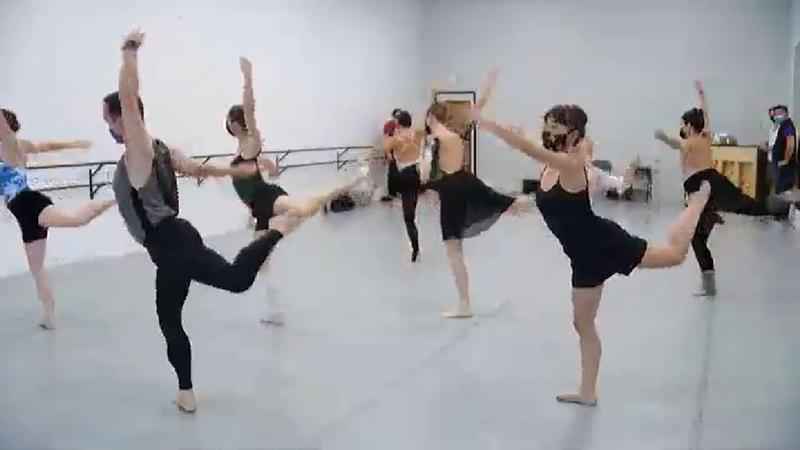 Dancers rehearse for "Diaspora: A Mother's Elegy," a ballet that tells the story of the Vietnam War and Hmong refugees resettling in the United States.[KSTP]

"My mom is from a small village in Laos. During the Vietnam War, there was mass genocide going on with Hmong people after the fall of Saigon, so my grandmother and grandfather decided to try to save their village and they all escaped," Thao explained. "They crossed the river into Thailand and stayed there for a year or two in the refugee camps."

He said his mother was able to come to the United States in 1980 after being sponsored by a Catholic organization.

"She decided that was her best chance to leave her tragic story behind," Thao said.

She ultimately settled in Brooklyn Center, met her husband and had seven children.

Thao said he was inspired to create the ballet after a conversation with his mother in 2019 when she shared some of her life experiences with him for the very first time.

He immediately started choreographing the original production and brought together a cast in early 2020. When the pandemic began in March of last year, they had to transition to virtual rehearsals. The dancers ultimately learned half of the show’s choreography virtually.

They decided to premiere the ballet in Minneapolis, in honor of Thao’s family journey and the large Hmong community in Minnesota.

"I think for the Hmong community, it’s a really big deal. For the first time, Hmong people and immigrants can really see ourselves on stage," Thao said.

The show features costumes inspired by traditional Hmong clothing and some original music by a Hmong artist.

"I have friends of mine also from Southeast Asia commenting how excited they are to see this represented," said ballet dancer Sarah Antal, who plays Thao’s grandmother in the production.

The Center for Hmong Arts and Talent helped bring this production to the stage in the Twin Cities. The work is funded in part by the Minnesota Humanities Center with money from the Arts and Cultural Heritage Fund, which was voted into existence by the people of Minnesota in 2008.

Thao hopes the show will inspire immigrants and minorities to get involved in fine arts.

"There’s such a big population here, and they’re just waiting to be ignited and inspired," Thao said.

"Bringing different stories to the ballet stage is really important because that’s how people can see themselves in our art form and that’s how our art form will evolve," said Zoe Henrot, artistic director and founder of Ballet Co. Laboratory in St. Paul, which is partnering with Thao’s company in this production.

Thao said his mother will be in the audience when the show premieres. She also hand-stitched special swatches of Hmong fabric into the back of every costume.

"Diaspora: A Mother’s Elegy" will take the stage Saturday at 1 p.m. and 7 p.m. at Cowles Performing Arts Center in Minneapolis. Tickets are still available and can be purchased online.