Whether it was from home, your local pub, or at U.S. Bank Stadium, if you watched the Minnesota Vikings game to the bitter end — it was well worth the wait and likely anguish experienced at the beginning of the game.

Heading into Saturday’s home game against the Indianapolis Colts, the Vikings were favorites to win the game and a victory was going to lock-in the purple and gold as divisional champions — but in true form, the Vikes made it interesting.

Heading into halftime, the Colts were winning 33-0, but that lead would slowly get chipped away as the Vikings won 39-36 and completed the largest comeback in National Football League history.

“[We were] close to leaving in the third quarter,” Nick Sharber said while holding his son Robbie.

Sharber told 5 EYEWITNESS NEWS outside the people’s stadium that he’s glad they stayed as it created moments they’ll never forget. 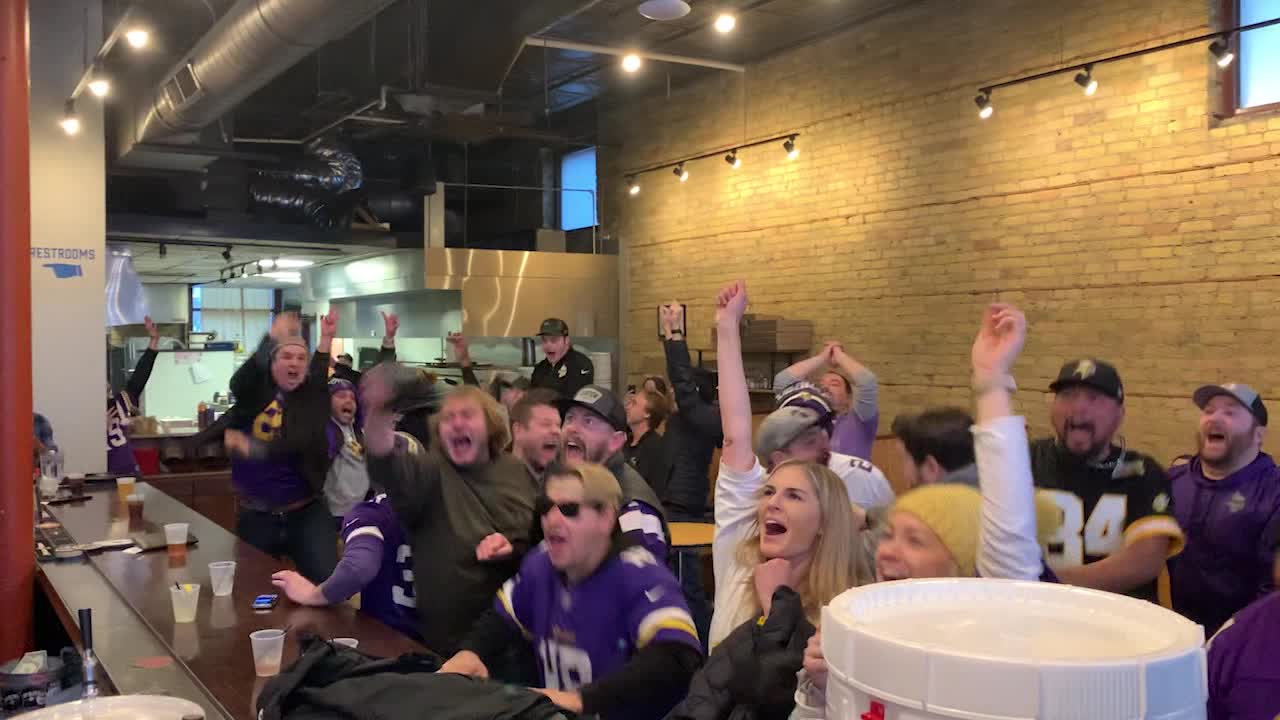 “It’s the best — memories last forever and you can’t replace that,” Sharber said.

The Vikings next game will be at noon on Christmas Eve as they host the New York Giants.