A historic promotion within the United State Marine Corp (USMC) is inspiring young Marines in Minnesota.

Over the weekend, General Michael Langley was appointed as a four-star general — making him the first Black Marine to reach that rank.

“I’m humbled and honored for the opportunity,” General Langley said, adding about the historic appointment: “The milestone and what it means to the corps is quite essential — not just for the mark in history, but what it will affect moving forward.”

The USMC was founded in 1775, but it wasn’t until 1941 that African Americans and other minorities could join the military branch. While great strides have been taken — including General Langley’s four-star ranking – there is still a long road ahead for better representation.

According to a 2020 Council on Foreign Relations report, Black men and women are still underrepresented among Marine Corps recruits. 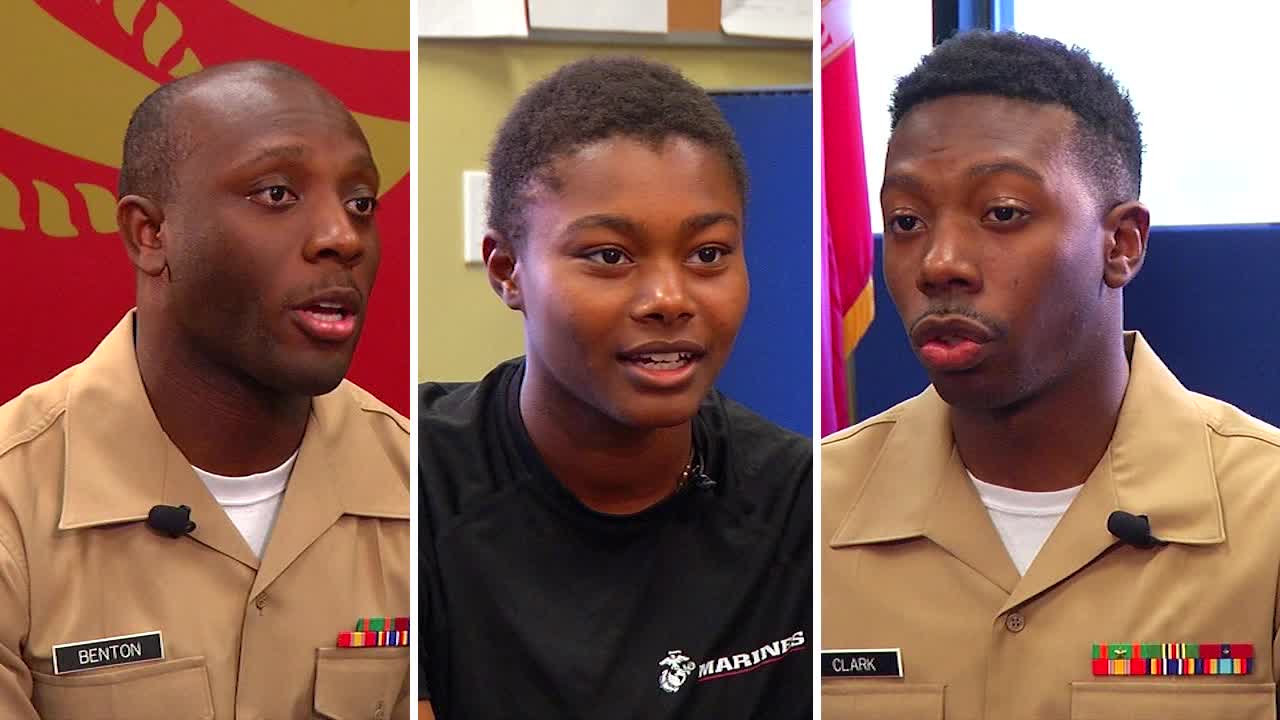 Black Marines in Minnesota share how the confirmation of the first Black Marine four-star General inspires their own service (KSTP).

The report also states racial diversity military-wide decreases among the highest ranking officers with about 90% of them being white.

The USMC defines a “diverse group” as nonwhite and female recruits.

In the Midwest, the USMC said through scholarships and the Marine Corps Reserves they’re able to reach a wide group of people. Reserves are able to still go school and keep their job, while being part of the Marines.

Nationally, the USMC created new three scholarships in 2021 with the goal of “strengthening diversity representation.”

Marine Corps Staff Sergeant Clark Raymond, who is also a St. Paul native, already had a goal of changing people’s lives while serving — he said now that drive got a boost.

“Just seeing that somebody can achieve that feat, being African American myself, just seeing that was very inspirational,” Staff Sgt. Raymond said about General Langley.

Learn how to become a Marine here.