Hill-Murray will not play in Boys State Hockey Tournament, Wayzata to advance to semi-finals

The news comes after a judge denied a restraining order sought by nine hockey players from the school. The lawsuit was filed against the Minnesota State High School League over the league’s refusal to allow some high school players to play in an upcoming tournament game due to COVID-19 precautions.

Because of Hill-Murray’s forfeit, Wayzata will advance to the semi-finals.

"These situations are difficult for everyone involved and when the experience impacted is in our State Hockey Tournament, it is magnified even more. We would love to have a full tournament bracket for this iconic event, and these interruptions are frustrating and incredibly unfortunate," MSHSL Executive Director Erich Martens said.

After Hill-Murray beat White Bear Lake last week in the sectional championship, a player from the White Bear Lake team reportedly tested positive for COVID-19. Because of MSHSL guidelines, Hill-Murray players would not have been able to play in a game until Thursday due to possible exposure. 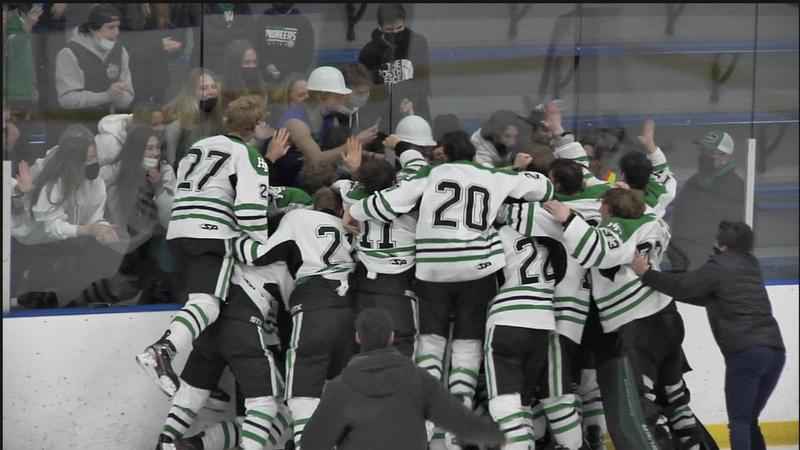 It was just last week that Hill-Murray boys hockey celebrated winning its section and earning a trip to this week's state tournament. Now, they await word about their status following a positive COVID-19 test that an opponent produced.[KSTP/Chris Long]

The players asked the court to grant a temporary restraining order to allow the team to play its tournament game on Wednesday. The lawsuit also noted there isn’t any scheduling conflict that would prevent the MSHSL from just delaying the game until Thursday, when the players would be eligible to participate under state guidelines.