The fallout over the reversal of Roe v. Wade is shifting to state courthouses across the country.

A state Supreme Court decision protects access to abortion in Minnesota, but in neighboring states, the federal ruling means the practice is either outlawed, highly restricted or could be in the coming weeks or months.

South Dakota’s trigger law went into effect Friday and makes an abortion a felony in almost all cases, except “to preserve the life of the pregnant female.”

“What the Supreme Court did was fix a wrong decision made many years ago,” South Dakota Gov. Kristi Noem said in an interview on ABC News’ “This Week.”

According to the South Dakota law, any person who administers, prescribes or obtains abortion medication for a woman is guilty of a felony. It is also a crime to perform an abortion procedure. 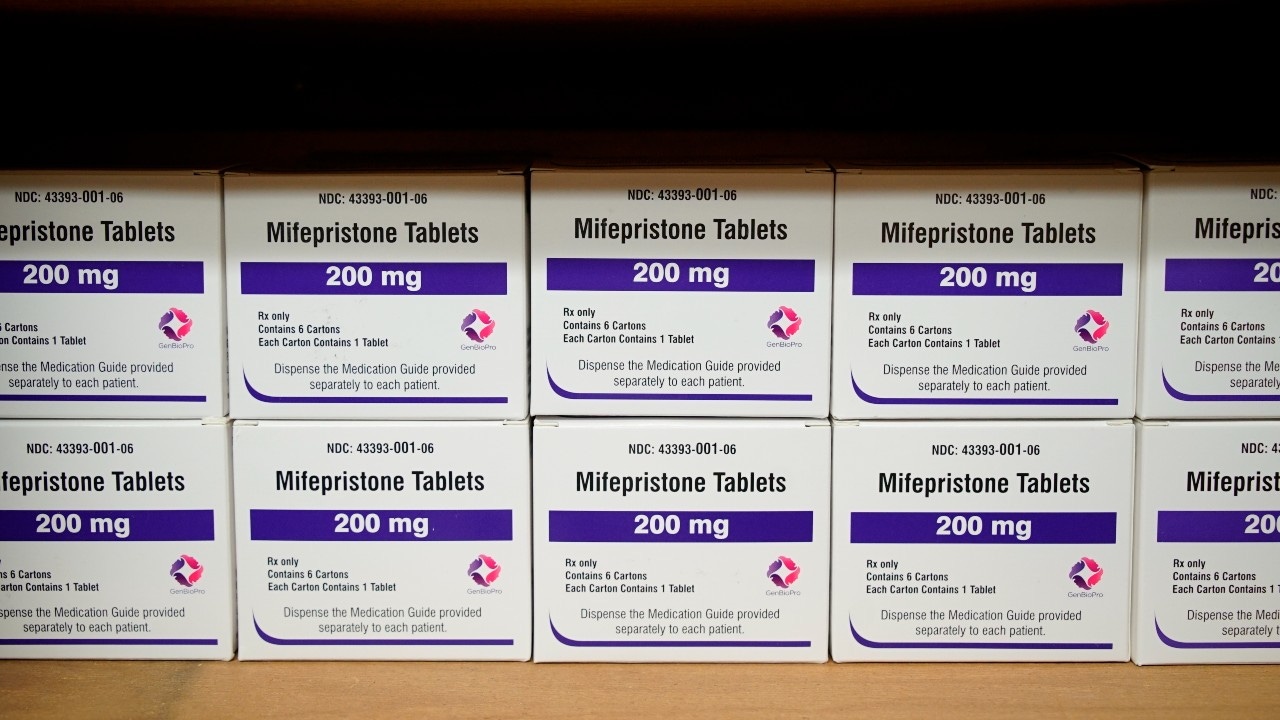 FILE - Boxes of the drug mifepristone line a shelf at the West Alabama Women's Center in Tuscaloosa, Ala., on Wednesday, March 16, 2022. Facebook and Instagram have begun promptly removing posts that offer abortion pills to women who may not be able to access them following a Supreme Court decision that stripped away constitutional protections for the procedure. (AP Photo/Allen G. Breed, File)

“I don’t believe telemedicine abortions are safe,” Noem said as she was pressed about her stance on abortion medication. “I do believe that there should be physician supervision when that is being conducted by any individual.”

The abortion pill, mifepristone, is FDA-approved and is considered a safe abortion option by the World Health Organization.

Gov. Noem clarified how she wants to see the new law enforced.

In North Dakota, the state’s only abortion clinic is raising money to move from Fargo to Moorhead, Minn.

An abortion ban will soon go into place in North Dakota. The Legislative Assembly passed a law in 2007 making it a felony to perform an abortion except to save the life of the mother, or in cases of rape and incest.

The legislation takes effect 30 days after the North Dakota Attorney General certifies to the Legislative Council that the U.S. Supreme Court has overturned Roe v. Wade, according to the state’s website.

RELATED: Wisconsin’s Evers looks for boost from anger over abortion

In Wisconsin, Democratic Gov. Tony Evers pledged “it’s not over” on Monday, as top state officials question whether a 173-year-old law banning abortions in the state is enforceable. The only exception to the law is to save the life of the mother.

“The details are still in progress,” Evers said. “I’m just saying that if any physician is arrested and tried and about to enter jail for one to six years for doing the same thing they have done for the last 50 years, that’s wrong.”

Planned Parenthood of Wisconsin has suspended abortions amid the uncertainty.

“We’ve been fortunate to have Minnesota and Illinois on our borders,” Evers said. “For our most vulnerable people, how would they get across that border and get this done? This is taking it out on some of our most vulnerable women, and that’s just not right.”

In Iowa, meanwhile, there is still access to abortions.

According to the Associated Press, a state Supreme Court decision determined access to abortion was a fundamental right under the state constitution in 2018. The court, which now has a conservative majority, overturned that decision earlier this month.

People seeking an abortion in Iowa have to follow a 24-hour waiting period. The state Legislature can convene a special session this summer to pass further restrictions.