The "HOPE" initiative stands for "Helping Others by Providing Education." According to a release, the program’s goal is to break the cycle of incarceration by helping inmates create better opportunities for themselves.

The program provides inmates with education and training classes while incarcerated to develop skills they need once they return to their communities. These classes will include formal education options such as GED programs and life skills courses, including financial literacy and vocational training.

During a news conference on Monday, Hutchinson said that nearly 30% of inmates in Hennepin County don’t have a high school diploma or a GED.

"We know that many inmates in our jail and in other jails around the country lack a formal education and are unemployed; many have little chance to succeed personally and professionally once they’re released," Hutchinson said. "The HOPE program will provide these folks with new opportunities to help themselves." 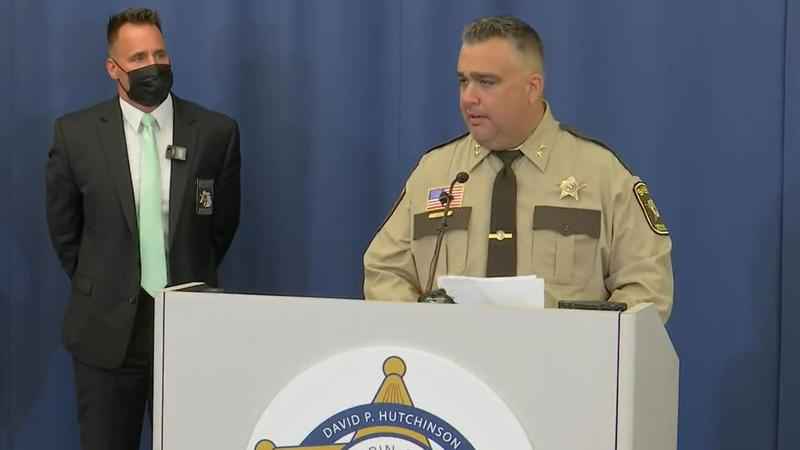 The program is modeled after a jail education program launched in September 2020 in Genesee County, Michigan, called "IGNITE." Genesee County Sheriff Chris Swanson, who was present at the presser in Minneapolis Monday morning, said more than 480 students enrolled in that program, nearly 35,000 coursework hours have been logged. Reading and math test scores among inmates improved multiple grade levels.

Hutchinson noted that the help and support won’t stop when an inmate leaves the custody of Hennepin County. Once released, program participants will be matched with community resources to help them continue their education and skill development.

The sheriff’s office is working with various government agencies, nonprofits and private-sector partners to help ensure that students remain on a path towards a better future. Classes will be provided by Minneapolis Public Schools Adult Basic Education, according to a release.

According to the Minnesota Department of Human Rights, Minnesota’s three-year recidivism rate has ranged from 35-37% in recent years. Recidivism is the number of released inmates and prisoners who relapse into criminal behavior and return to custody.

"We strongly believe that this culture change in our facility and beyond will yield positive impacts in our community and ultimately reduce recidivism," Hutchinson said. "Every inmate deserves a second chance. It’s about changing their mindset, so they never come back again."

Program classes will be offered two hours per day per housing unit, Monday through Friday. During class time, no other activities will be available to encourage participation. In addition to the benefits they gain from the classes themselves, inmates who participate will earn access to tablets after class.