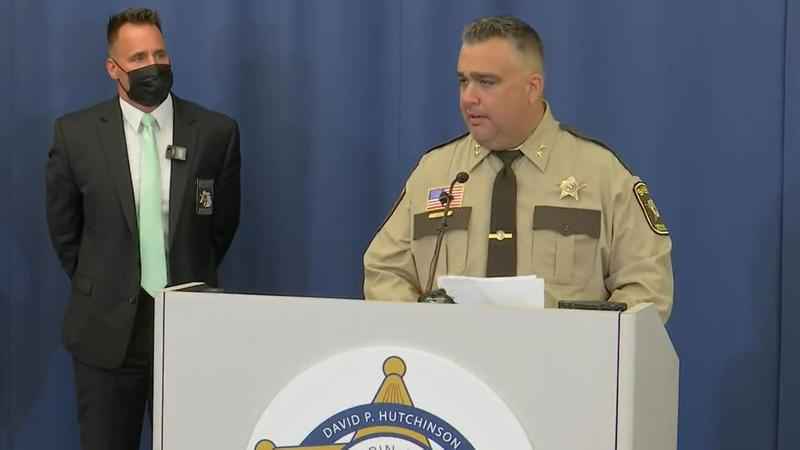 Hutchinson was charged with four misdemeanors after his vehicle rolled at around 2:30 a.m. on Interstate 94, about 5 miles east of Alexandra, last Wednesday.

The sentence for first-time DWI offenders in Douglas County usually calls for 90 days of stayed jail time, up to two years of probation and a fine of up to $500, the county attorney said. A chemical-use assessment, along with a requirement to abstain from alcohol and an obligation to submit to random testing.

The two other DWI charges connected with the incident will be dismissed, Larson said. Prosecutors have agreed to a continuance for dismissal on the charge of carrying a pistol while under the influence.

In a statement, the sheriff called it a "wake-up call" and said he’s entered a treatment program to address alcohol issues. However, he won’t step down as sheriff.

His full statement from Thursday is below.

This morning, I pled guilty to a misdemeanor DUI charge stemming from my recent accident near Alexandria.

As Sheriff, I made the wellness of my staff a priority; however, I didn’t practice what I preached. This incident is a wake-up call for me. I understand the seriousness of my actions, for which I take full responsibility.

I am now enrolled in an outpatient treatment program to address my issues with alcohol and my overall health. This is the first step in the road toward recovery and regaining the trust of the people I work with and the residents of Hennepin County whom I serve.

I have returned to work and will focus on my duties as Sheriff.