Hennepin County is seeking input from the community on how to make a growing neighborhood safer with a new roadway project.

The county is focusing on First and Hennepin Avenues between Main and Seventh Streets, which is a growing area.

The county is teaming up with Slice Pizza, an area business, to help with the design and community engagement element of the project.

Slice Pizza sits on Hennepin Avenue on its own island.

“Every street comes by it. There’s a lot of different traffic that comes to Rusty Taco, the gas station or going downtown, so the island style of it has been really good,” Slice Pizza co-owner Josie Thurmand said. 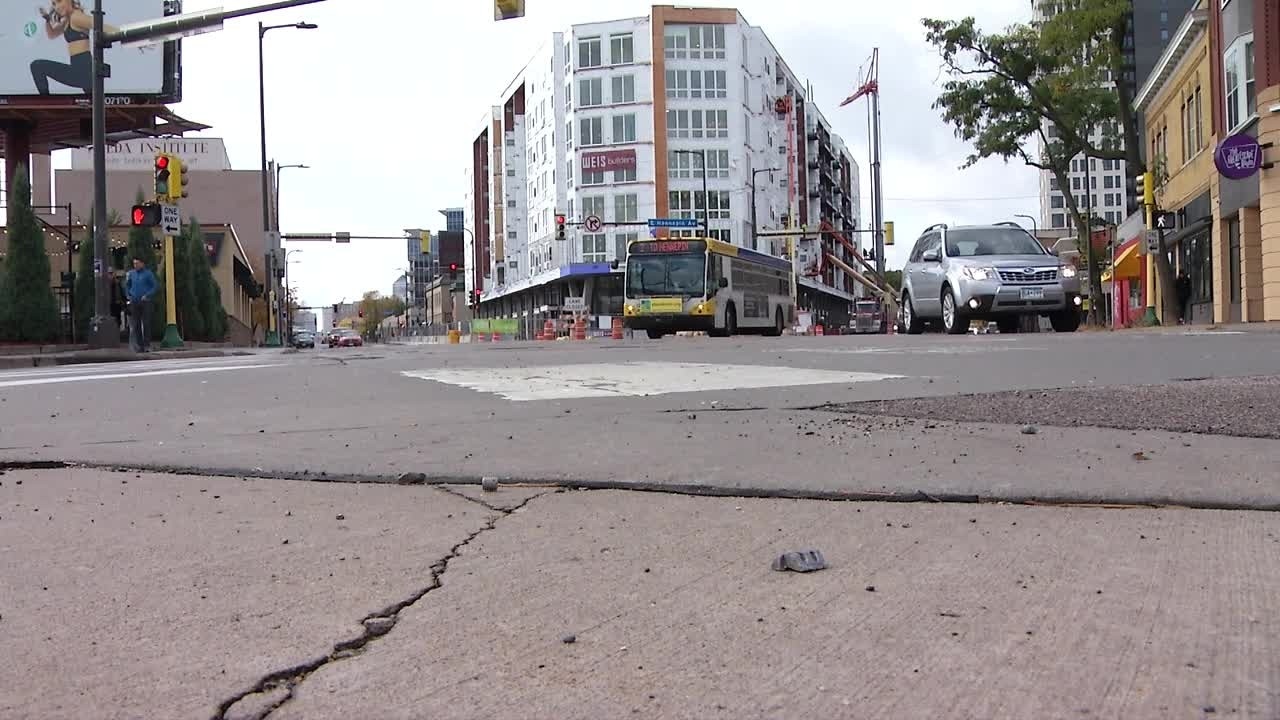 Traffic flows at the intersection of Hennepin and Central avenues in northeast Minneapolis on Friday, Oct. 14, 2022. (KSTP)

Thurmand said the island style makes it harder for people to get on and off.

“One of the biggest things that people say is, ‘Where do we park?’” he said.

Hennepin County is teaming up with Slice Pizza to transform a high-traffic corridor in northeast Minneapolis into an area that’s more accessible to businesses.

“I parked right across the street, but I had to walk two blocks to get around here,” Jason Buck, driver, said.

“I’m making adjustments to a lot of the intersections as well as different portions of the blocks as needed to make those improvements for people walking, biking, and taking transit as well as those in vehicles,” Potter said.

Some ideas in the works are adding bike lanes to Hennepin and First, revamping intersections to have pedestrian-only pathways and making roadway improvements to help people get to and from businesses easily.

“That’s really a focus of the county: safety, as well as a focus on equity and supporting our businesses,” Potter said.

The county is in the design phase of a four-year project set to end with construction in 2024.

“I think just the accessibility and the changes that are coming to this area will help our customer base be able to be more connected and more accessible to get to our restaurant and other businesses,” Thurmand said.

County officials are holding another community input meeting at Slice Pizza next Friday, Oct. 21, at 3:30 p.m.