Victim of Marcus Oakdale Cinema shooting out of surgery; suspect still at large

A shooting at the Marcus Oakdale Cinema has left one victim hospitalized, and the suspect is still at large.

Moviegoers inside the theater Tuesday evening described the situation as confusing and scary.

Nava said the shooting left him with a sense of confusion but added he was “thankful for the police officers, [because] they are running into danger.”

Alyssa Brown was in a different theater than where the shooting occurred. She told 5 EYEWITNESS NEWS, “it was a scary experience, we saw a couple of ambulances […] I was shaken, I was scared.” 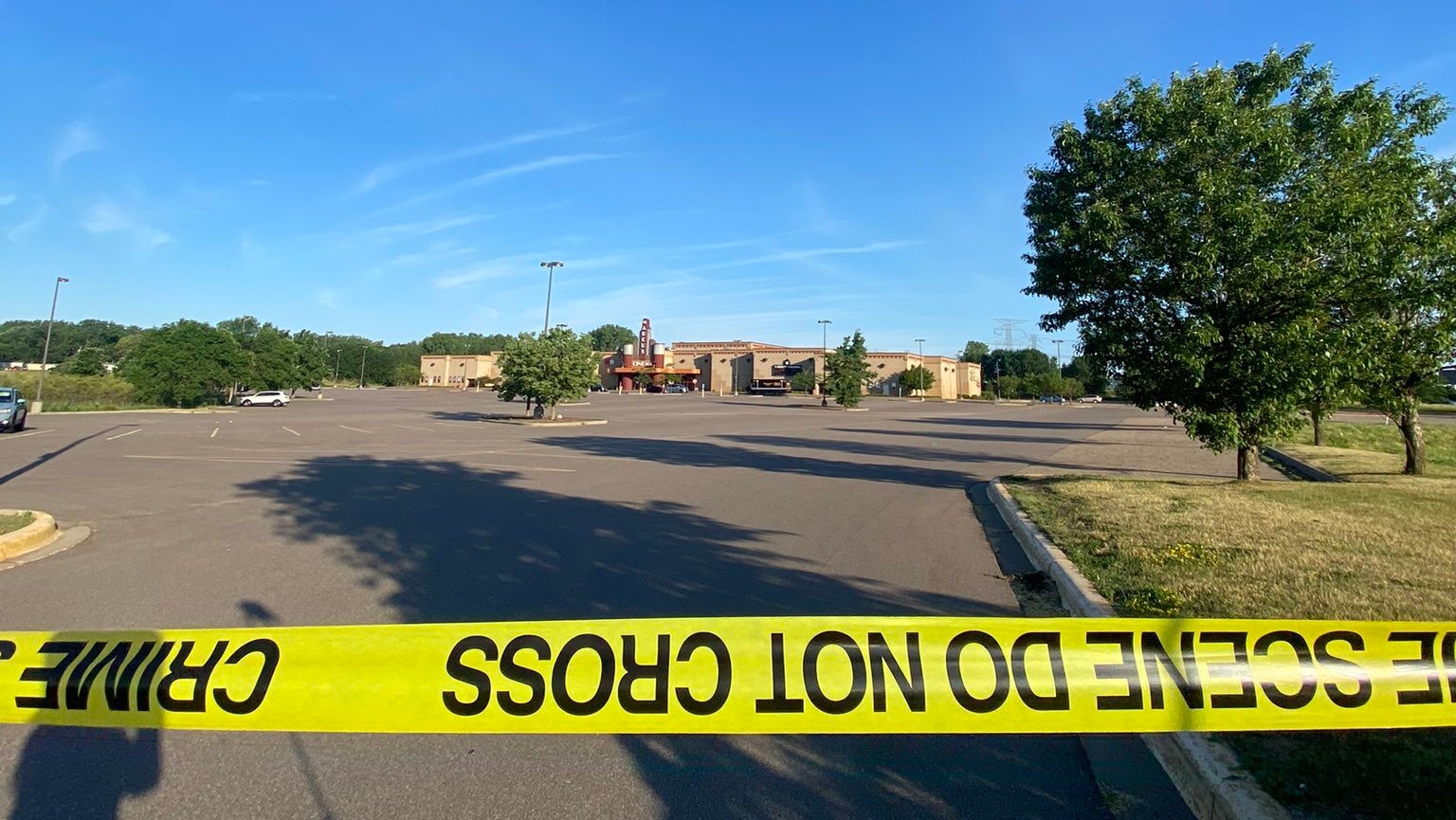 Eva Todd was in the theater where the actual shooting occurred, theater 17. She described hearing two loud pops, noting, “I just thought it was part of the commercials going.”

“We saw everyone starting to run towards us, and that’s when we realized something was happening,” said Todd. “So we exited as well and got into the lobby, and someone was screaming to call 9-1-1.”

“We were running a little bit late,” Todd explained, adding, “literally 30 seconds earlier, we would have walked right in and witnessed the actual shooting. We just heard it, and we’re lucky to get out safely.”

Police say the victim of a Tuesday night shooting at a theater in Oakdale is out of surgery and is expected to recover. The suspect, however, remains at large.

While the suspect hasn’t yet been caught, police say they don’t believe the shooting was random.

The shooting happened inside the Marcus Oakdale Cinema at around 10 p.m. Tuesday. Police say officers found the victim suffering from gunshot wounds inside theater 17 and took him to a hospital for treatment.

One man was taken to the hospital after a shooting that forced law enforcement to clear out the Marcus Oakdale Cinema Tuesday night.

Police say they found a 23-year-old man with gunshot injuries inside theater 17.

The suspect fled and has not yet been arrested, police add.

The man was taken to Regions Hospital. No information about his condition is available at this time.

No one else was hurt, Marcus Theatres said in a statement Monday morning.

Marcus Theatres says the theater will be closed during the investigation, and an update will be posted on its website when possible. Their full statement can be found below.

The Oakdale Police Department, the Bureau of Criminal Apprehension and surrounding agencies are investigating.

Updates will be made as more information becomes available.

At approximately 10 p.m. on June 28, an individual was shot at the Marcus Oakdale Cinema. Police were immediately called and arrived on the scene in minutes. The injured individual was transported to the hospital; there were no other injuries. This matter has been turned over to police and we are cooperating fully with their investigation. The theatre will remain closed during the investigation, and we will provide an update on our website about reopening as soon as we can.

An earlier version of this article can be found below.

One person at the scene told 5 EYEWITNESS NEWS he was watching a screening of “Top Gun: Maverick” when law enforcement officers came into the theater and told everyone to clear out.

Officials have yet to provide any details on what happened.