Heads up – heat indices are expected to rise between 99 and 102 degrees Monday as heat advisories continue through Tuesday evening.

The advisories go into effect at noon Monday, according to KSTP Chief Meteorologist Ken Barlow.

Although isolated thunderstorms are possible both Monday and Tuesday, Barlow says heat is the main concern.

The National Weather Service (NWS) says Monday’s high temperatures will likely be the hottest of the week.

The Salvation Army says all Twin Cities service centers will also serve as cooling centers while the hot temperatures are here. The centers are open during normal business hours, and can be found at the following locations:

See the dropdown below to learn how to prevent heat-related medical issues. 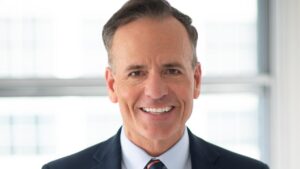 Heat is the number one weather killer in the United States. Do I have your attention? Heat kills many more people each year than tornadoes, hurricanes, flooding and lightning. On average, extreme heat will kill 130 Americans per year. Here in Minnesota, we reach 90 degrees an average of 14 times per summer.

An excessive heat warning is issued within 12 hours of the onset of extremely dangerous heat conditions, according to the National Oceanic and Atmospheric Administration (NOAA). This type of warning is typically issued when the maximum heat index temperature is to be 105 degrees or higher for at least two days and nighttime temperatures stay above 75 degrees, however, those criteria can vary across the country.

NOAA suggests drinking plenty of water and eating cool, easy-to-digest foods such as fruit or salads while inside. Take a cool bath or shower. Use air conditioners or spend time in air-conditioned locations. Do not direct the flow of portable electric fans toward you if the room's temperature is over 90 degrees; the blowing air is more likely to dehydrate you faster. Make sure rooms are well-vented.

According to NOAA, if you must go out during excessive heat events, you should dress in lightweight, loose clothing that reflects heat and sunlight. Drink plenty of water and minimize exposure to the sun. Do not leave valuable electronic equipment, such as cellphones and GPS units, in hot vehicles. Children, seniors and anyone with underlying health conditions should stay in the coolest places available to them.