A hearing was held Monday in the state case of three former Minneapolis police officers charged in George Floyd’s death.

Judge Peter Cahill heard arguments from defense attorneys and state prosecutors on whether to allow cameras in court, whether the jury would be sequestered and some other issues surrounding the trial.

Attorney General Keith Ellison was in the courtroom, along with Assistant Attorney Generals Matthew Frank and Joshua Larson, Nathaniel Zelinsky and Steven Sleischer.

Judge Cahill took arguments regarding allowing cameras in the courtroom under advisement. 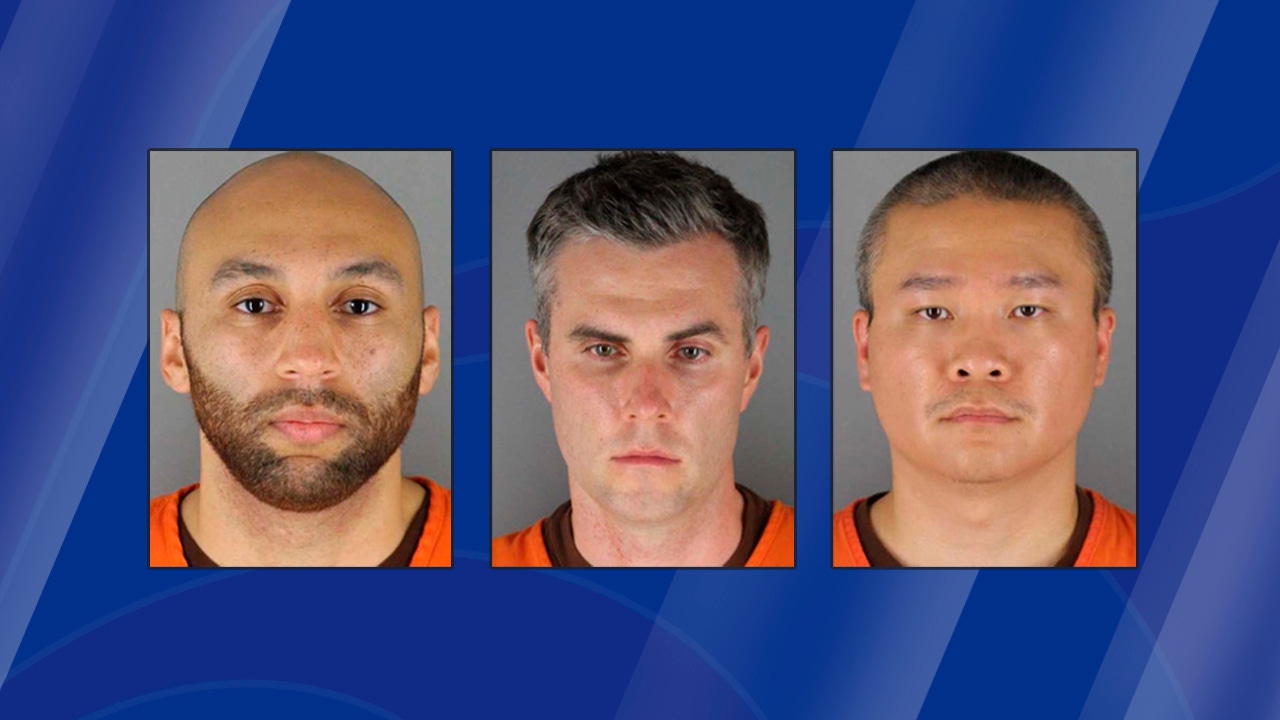 Leita Walker, on behalf of the media coalition, argued “.. the court must take all reasonable measures to accommodate public access..” and underscored the public interest in the case.

Walker told Judge Cahill the public “is just not going to understand” why they could watch the state murder trial of Derek Chauvin but not the state trial of Lane, Kueng and Thao.

State prosecutors also argued in support of cameras in the courtroom, arguing more people will pack into the courtroom if there isn’t a livestream of the proceedings, which increases the risk for a COVID-related pause.

Judge Cahill said the Judicial Council will meet on Thursday to talk about COVID restrictions but that at this point “COVID-19 is less of a pandemic and more of an endemic issue”.

“These are unique circumstances, or at least they were at the time of the Chauvin trial, and I’m not sure I have the basis in good faith to say that anymore,” Cahill said.

The judge emphasized his support for livestreaming the trial but explained it’s not the rule yet and “I am still sworn to uphold the law.” He also believes public interest has waned following the Chauvin trial and federal civil rights trial of Thao, Kueng and Lane.

Defense attorneys argued against allowing cameras in the courtroom.

“During the trial, the number was so great that he couldn’t use his email to communicate with his staff, and that was not the case prior to the trial,” Plunkett said.

He also told Judge Cahill that cameras in the courtroom could cause witnesses to behave differently.

“What the court and everyone in here should be focused on is the defendant’s right to a fair trial,” said Paule.

Judge Cahill also heard arguments regarding whether the jury should be sequestered during the trial.

The state urged Cahill to implement the same partial sequestration that was in place during the Chauvin trial. Prosecutors argued total sequestration would require confiscating jurors’ phones and the costs of that on jurors would be “extraordinary,” especially given the emotional weight of a murder trial.

Paule argued jurors could potentially be influenced by the civil attorneys of George Floyd’s family.

He said, “They’re getting their message out there and this is something the jurors can and will be exposed to.”

Judge Cahill announced he will make a determination on sequestering the jury at a later date.

Frank also told the court that prosecutors offered each defendant a plea agreement, both by phone and by letter in mid-March. According to Frank the offers included a deadline and “that deadline has passed.”

Jury selection for the defendants’ state trial is scheduled to begin on June 13.