‘He left our father to die alone’: Driver in deadly hit-and-run sentenced to 4 years 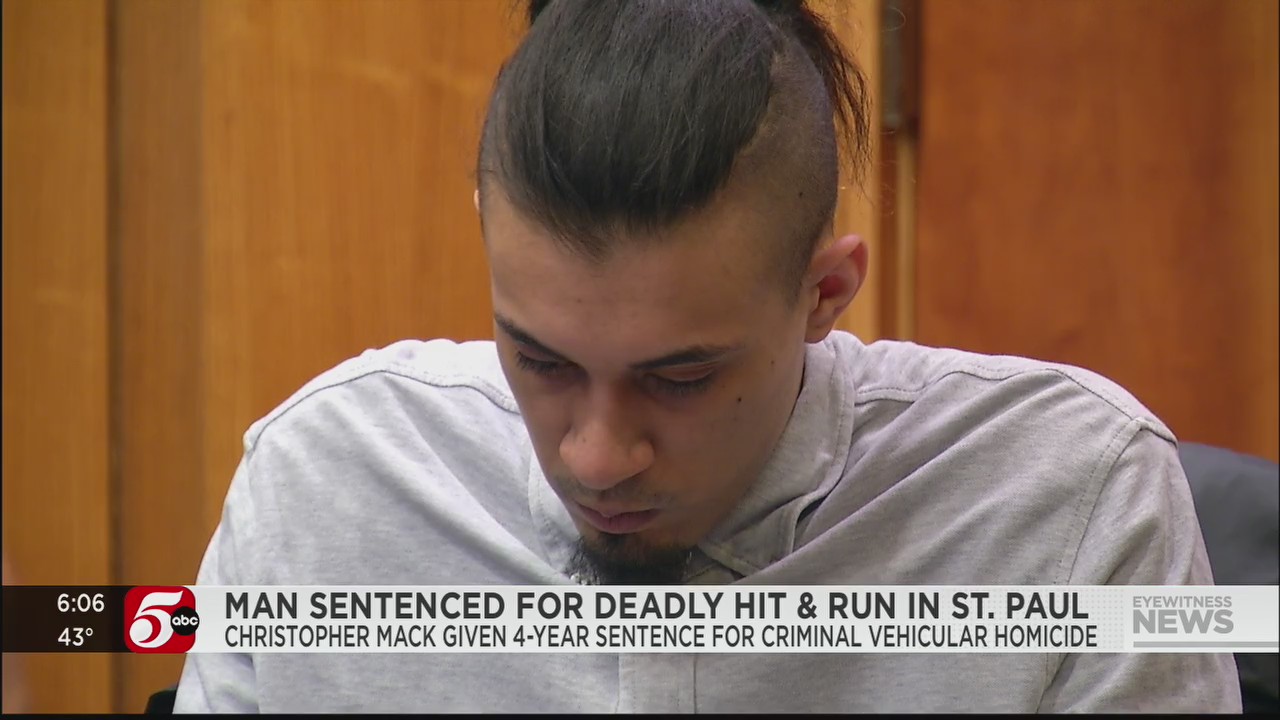 After more than a year of pain and anguish, a St. Paul family is a step further on their journey towards healing, as the man who hit and killed their family member was sentenced to prison.

Tuesday, 24-year-old Christopher D’Shaun Mack was sentenced to four years in prison. Judge John Guthmann said Mack would have to serve at least 32 months in prison and can serve 16 months under supervised release.

In January, Mack plead guilty to his charge of criminal vehicular homicide, admitting he was driving the car that hit and killed 60-year-old Lor Xiong of St. Paul.

According to the criminal complaint, St. Paul police found Xiong severely injured on the road near Phalen Boulevard and Atlantic Street on Feb. 28, 2021.

Witnesses were able to lead police to Mack – he initially told investigators the damage to the car he was driving happened in a parking lot.

“Mr. Mack ran over our father with his car and drove off without regard to our father’s wellbeing and life,” Yang read in court. “He did not care to stop and render assistance to our father. Instead, he left our father to die alone on the cold dark road.”

The state argued to the judge for Mack to serve 57 months. Mack’s defense team called for no jail time, claiming he admitted he was guilty, which would save time and money for everyone involved because there wouldn’t be a trial, and he was remorseful.

“I understand everything. Everything that I did, I take full responsibility, no doubt about it,” Mack said to the judge. “I had no excuse, nothing. I recognized everything I had done was wrong.”

A couple of reasons Judge Guthmann shared regarding his reasoning for the length of Mack’s sentence include Mack only showing remorse after he was caught and that by the time he is released from prison Mack could still have more life ahead of him than Xiong ever had.