Witnesses present at a shooting that killed a woman and injured 14 others early Sunday morning at a St. Paul bar recounted their experiences, calling the tragedy a "nightmare."

It was supposed to be a fun night out for Jackson Wille and his Hamline University hockey teammates at Seventh Street Truck Park on Saturday.

“It was a really good time,” Wille, a witness to the shooting, said.

But around midnight, the unthinkable happened.

“I saw a guy pull guns. I immediately just grabbed people around me and they’re just screaming and gunshots are going off,” Wille said. 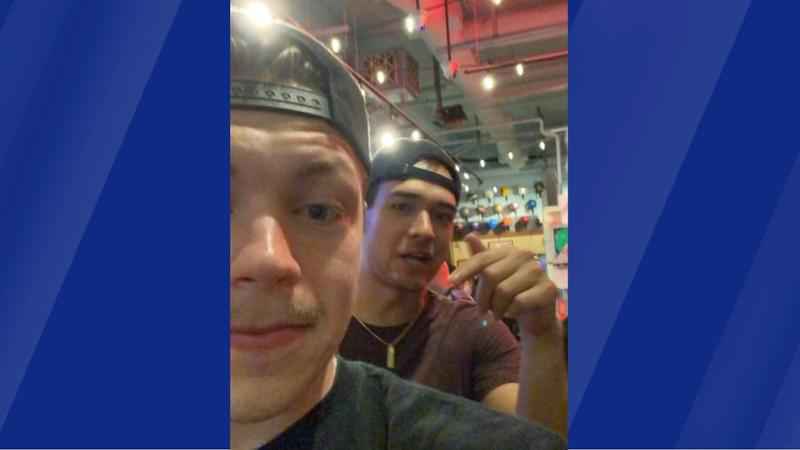 St. Paul Police Chief Todd Axtell said there was a dispute between three men. Then, shots rang out in the bar and chaos erupted.

After hiding under tables, Wille and most of his friends eventually darted out of the bar, but his roommate was still in the restroom. Wille and his teammate ran in to find him.

He was unsure if he would make it out alive, so he texted his parents.

“I just texted and I said, ‘The bar that we’re at in St. Paul is getting shot up. I don’t know what’s going to happen but I love you guys. Most of my friends are OK. We’re going back in,’” he said.

He made it back out and found his roommate, while also bringing a woman who was shot to safety.

Wille said the terrifying moments will stick with him for life.

“It’s just stuff that you can’t unsee,” Wille said. “Physically, mentally and spiritually, everyone’s going to have to face those things and figure it out for themselves, but I’m hopeful that everyone will find a way.”

Wille said there were multiple athletes from Hamline University in the bar during the shooting.

The university is providing counseling sessions to help the students heal.