In January, there was international debate over the university’s decision to not retain adjunct professor, Erika López Prater after Prater showed an image of the Islamic Prophet Mohammed during an art history class.

On Jan. 11, the Minnesota Council on American-Islamic Relations called on Hamline leaders to fire Prater and some Muslim students expressed displeasure with Prater’s decision to show the image during class.

About 86% of the faculty members who voted Tuesday supported the resignation of Miller. Faculty Council President Jim Scheibel told 5 EYEWITNESS NEWS it was important for the faculty to state their opinion on the issue and said academic freedom was a big part of the reason for the vote against Miller continuing in her position.

“We wanted to share our values and make a statement on the crisis that’s happening at Hamline,” said Scheibel. “It’s been clear the reputation, the coverage in media literally all over the world, donors, people who’ve contributed have said ‘I am not contributing anymore.'” 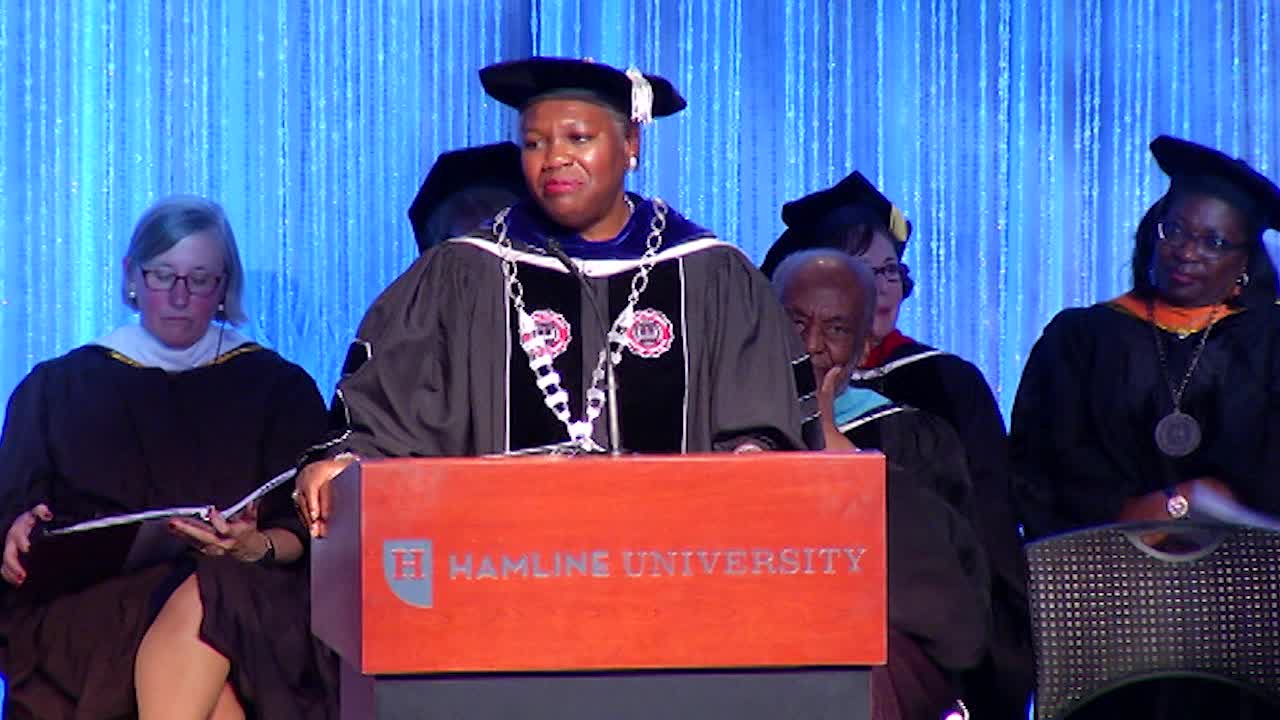 On Thursday, Miller issued a statement via the university’s student publication, the Hamline Oracle. Miller did not express any intent to resign within the statement.

“For more than 20 years, I was a classroom professor and taught under the principles of academic freedom. Today, that concept is still central to our mission at Hamline. As president of Hamline University, my charge includes upholding academic freedom as a cornerstone of higher education,” Miller said.