Police say they received reports at about 4:09 p.m. Wednesday of shots fired in the area near 38th and Adair Avenues.

Residential surveillance footage shows the suspect opening fire and multiple children who had just got off a school bus fleeing.

One of those students, Kyla Roberts, told 5 EYEWITNESS NEWS she witnessed a man wearing a black ski mask step out of a car and began to shoot at a group of three other boys as soon as the students got off the bus. She estimated as many as 15 to 20 shots were fired.

Responding officers did not find anyone injured but did locate some “older juveniles” who were believed to be involved in the incident, according to a news release from the Crystal Police Department. The juveniles were found walking away from the area and were reportedly “not very cooperative with officers.” 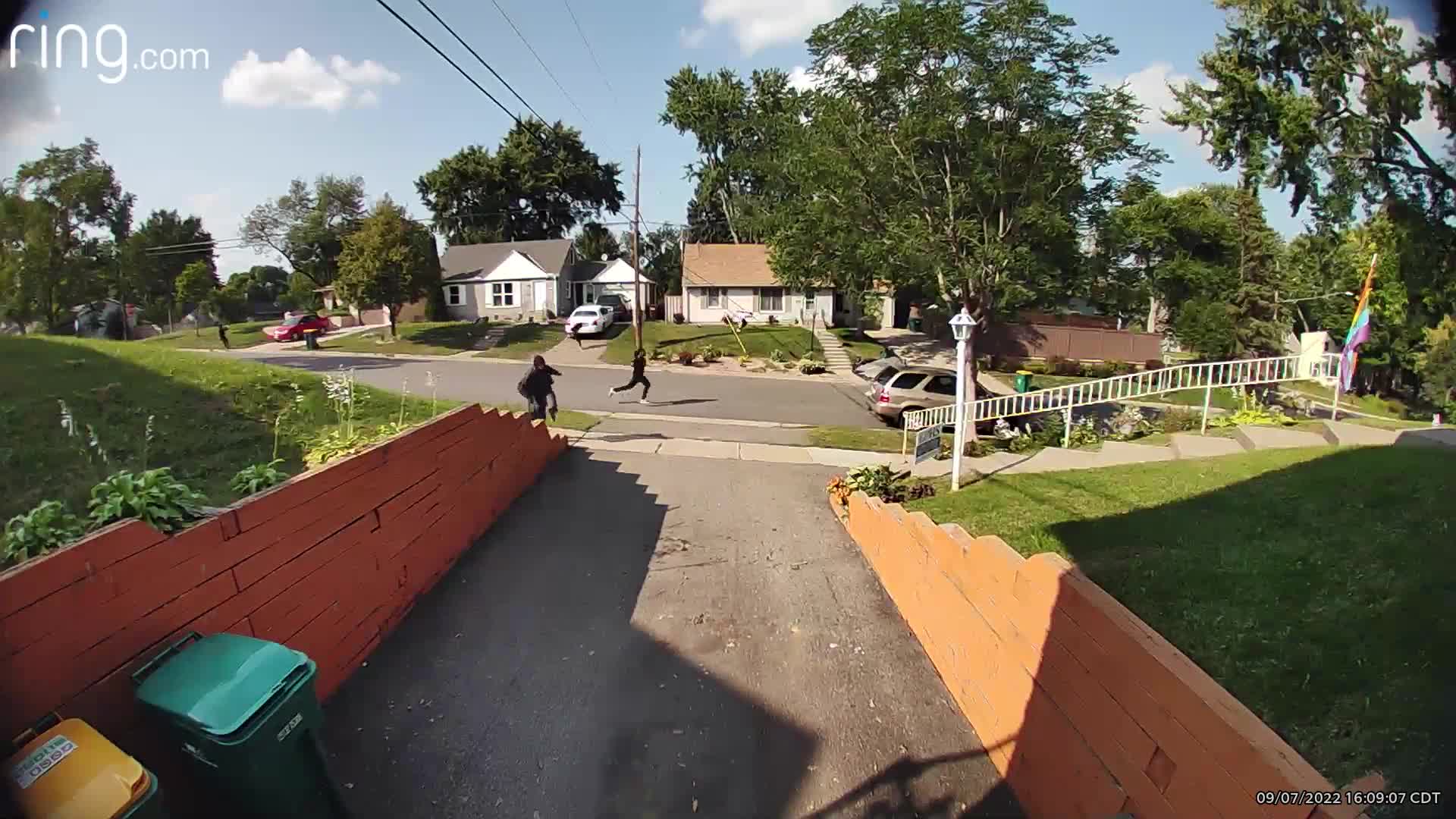 Roberts said she was grateful no one was hurt and hopes police find the person who opened fire.

“I hope they do catch them because this is not OK,” she said. “Like, we just got out of school, just got out of the school bus. That’s not safe. There’s people, kids, trying to play outside. … It’s not OK.”

Investigators determined the incident was not random but specifically targeted, and they do not believe there is a danger to the public.

Anyone with information on the case is asked to contact the Crystal Police Department’s tip line at 763-531-1020.