Workers at a local gun store say they documented concerns about possible "straw purchases" made by a man who is now accused of supplying one of the firearms used in a deadly mass shooting in St. Paul earlier this month.

Two other men are accused of pulling the trigger, but federal agents say a Mossberg 9mm found at the scene was bought by Jerome Fletcher Horton, Jr., according to a criminal complaint filed Wednesday.

Investigators believe it was one of the handguns used in a shootout that injured 15 people and killed 27-year-old Marquisha Wiley at the Truck Park bar in downtown St. Paul on Oct. 10.

Horton, who is charged with making a false statement on the purchase of a firearm, is accused of buying 33 guns from several stores around the Twin Cities metro area over the last four months, according to the Bureau of Alcohol, Tobacco, Firearms and Explosives (ATF).

Surveillance video obtained by 5 INVESTIGATES from a gun shop in St. Louis Park showed Horton continued to buy handguns days after the shooting. 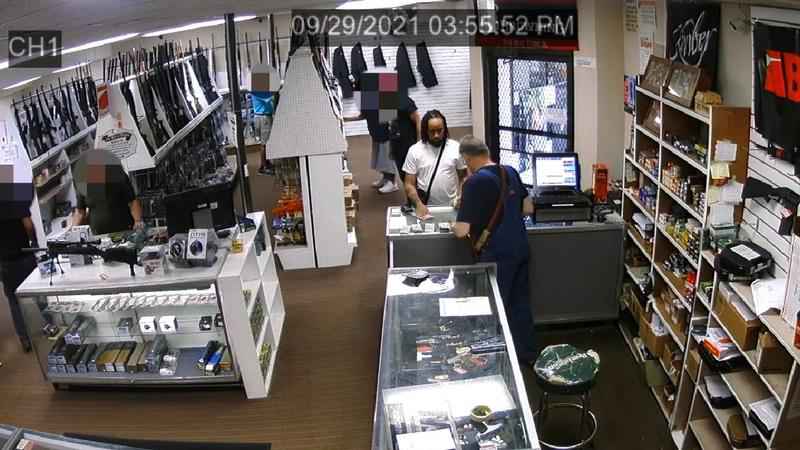 Kory Krause, the owner of Frontiersman Sports, says Horton’s behavior in the store made employees concerned that he might be a straw purchaser — someone who illegally buys a gun for someone else who would be prohibited from possessing one.

"His demeanor, his attitude, his disinterest in the type of gun specifically," Krause said. "There’s a million things that we look for."

"We were all very uncomfortable because we’d seen this guy multiple times," an employee at Frontiersman, who asked not to be identified, said.

Surveillance video from the store showed Horton buying two guns on Sept. 29 and waiving them to someone off-camera after he exited the business.

Security cameras documented Horton returning to the store last week before employees told him he would have to wait to buy another gun.

They say that’s when they contacted the ATF.

"We decided, no, we’re not going to do this anymore," one worker said. "I wouldn’t want to be that person who transferred something out and somebody did get hurt. I’d feel horrible. I’d be devastated."

Horton faces up to 10 years in prison and a $250,000 fine if convicted. At his first court appearance on Wednesday, attorneys indicated Horton would be released to a halfway house while he’s awaiting trial.