Greenwood Fire grows to over 3,000 acres

Wednesday, a wildfire in northeastern Minnesota has tripled in size since it was first spotted Sunday.

The Greenwood Fire is now at about 3,200 acres in size and has prompted evacuations in the area.

So far, about 75 homes west of Isabella were given evacuation notices and that number is expected to grow.

5 EYEWITNESS NEWS spoke with cabin owners like Michael Furtman. He says he was given less than two hours Monday to pack up belongings and leave as the Greenwood Fire neared. 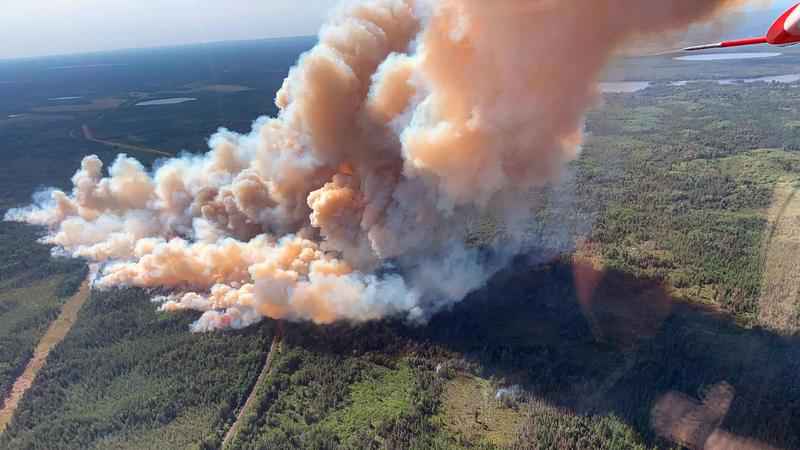 Before leaving his cabin, he took video of a helicopter taking water from the lake to dump on the fire that continues to grow.

Furtman said the fire is devastating for him and his family. He said it took years of looking before they found their remote cabin near Isabella.

Wednesday morning, an incident management team will be on the ground in northern Minnesota as the fire continues to burn. An Australian 737 has also been brought in from fighting fires out west to help put the fire out.

"We have aircraft out there dropping water on it we have fire crews responding on the ground and we’re really doing everything we can to keep it in check, but the conditions are such that it’s allowing for it to spread," Joanna Gilkeson, spokesperson for the Superior National Forest, said.

The Minnesota National Guard is working on several fires including one detected late Monday night just south of Ely.

Overnight Tuesday into Wednesday, officials said the Greenwood Fire is now at more than 3,200 acres.

That wildfire is about 10-20 acres in size as of Tuesday and is burning four miles west/northwest of Sawbill Lake.