Greenwood Fire expected to be at least 1,000 acres

Authorities say a wildfire in Superior National Forest is now expected to be at least 1,000 acres.

The Greenwood Fire was detected at about 3 p.m. on Sunday. Due to southerly winds, the fire is continuing to spread north, the U.S. Forest Service said Monday.

The fire is near Greenwood Lake and about 15 miles southwest of Isabella, as of Monday afternoon. Officials said the fire grew rapidly on Sunday due to high winds and dry conditions.

The cause of the fire remains under investigation, and fire crews are working to suppress flames from both the ground and air.

According to the Forest Service, a Type 2 Incident Management Team has been requested to help battle the fire, and that team is likely to arrive on Tuesday. 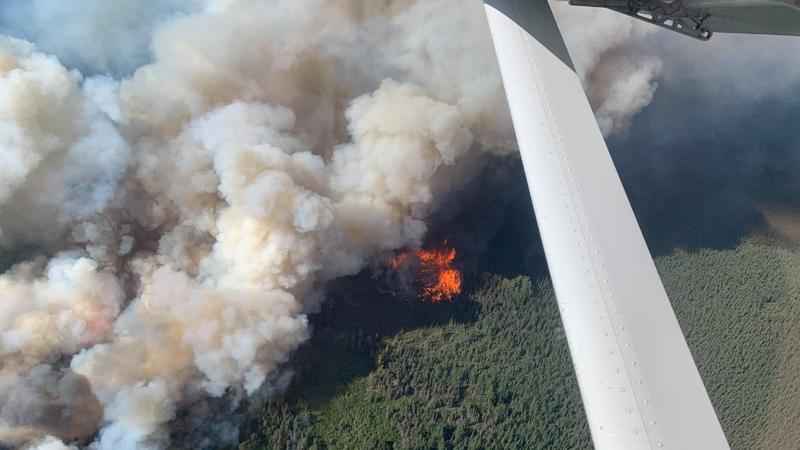 The McDougal Lake area is under evacuation, and officials have received reports of extensive ash and smoke along Highway 1 in the area.

Due to the smoke, an air quality alert was also issued for inland Lake County through 3 p.m. Tuesday.

Additionally, the Minnesota Incident Command System said the North Norris Fire, which is about 20 miles southwest of Roosevelt in Lake of the Woods County, is about 80 acres in size. The fire was first detected on Saturday afternoon.

Also, the Square Fire, which is about three miles northwest of Graceton in Lake of the Woods County, was at about 60 acres in size on Monday. The fire was initially detected on Sunday afternoon.