"It’s real scary, the whole situation kind of is," he shared.

This retiree says his days are spent watching fire crews from the air and the ground, grateful for their efforts.

"I have all my clothes in the car, I am ready to go that way, my medications I have them all laid out so I can grab them or any pills and stuff," he said about being ready to have to quickly evacuate. 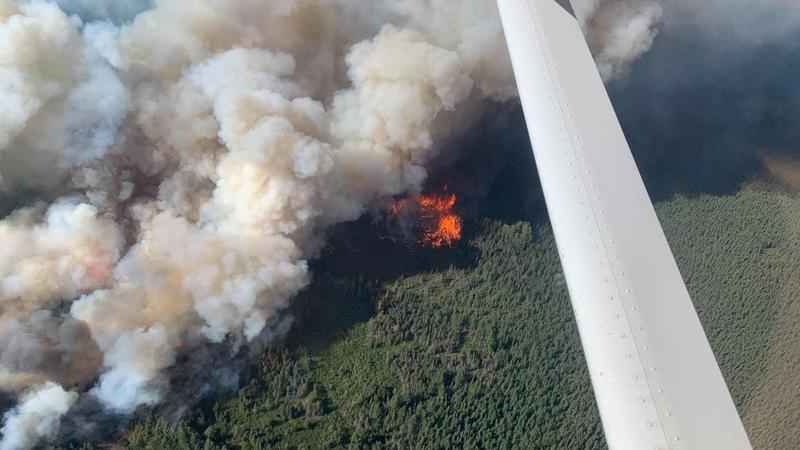 The fire, spotted Sunday afternoon, has grown to more than 4,000 acres, the size of 4,000 football fields.

"We are just trying to prepare for the worst and hope for the best with these fire conditions," said Nick Petrack, west zone fire management officer with the Superior National Forest.

Petrack says there are 145 fire personnel with 25 engines, 3 aircraft, crews and equipment from Colorado, Georgia, South Dakota and Alaska working to battle the fire.

Some evacuations have already taken place, and more could be on the horizon.

"There is a potential, we are constantly monitoring with our aerial resources and ground resources," Petrack said of additional evacuations.

The Greenwood Fire is one of several fires burning in northern Minnesota, a season that started in April, Petrack says, and hasn’t let up.

"We could be in this for quite some time, it’s going to take a lot of rainfall and/or a season-ending event like snow or a long duration slow rain to move us out of this," he said.

Until that comes, Petrack says crews will continue to push back fire racing through parched Minnesota wilderness.

"We’re giving everything we’ve got to get this under control for both the public and the firefighters’ safety," he added.