Our most recent KSTP/SurveyUSA poll indicates the economy and inflation are the two biggest issues likely to influence the votes of Minnesotans in 2022.

You wouldn’t know it by following the Minnesota governor’s race, where questions about the military service of Democratic Gov. Tim Walz and the abortion views of Republican Scott Jensen took center stage Thursday.

“In September 2004, he was conditionally promoted to command sergeant major,” Behrends said. “After a few weekend Guard drills and being notified we were going to war, he quit in May of 2005. What kind of leader does that?”

Behrends ended up replacing Walz not long before their unit was deployed to Iraq. 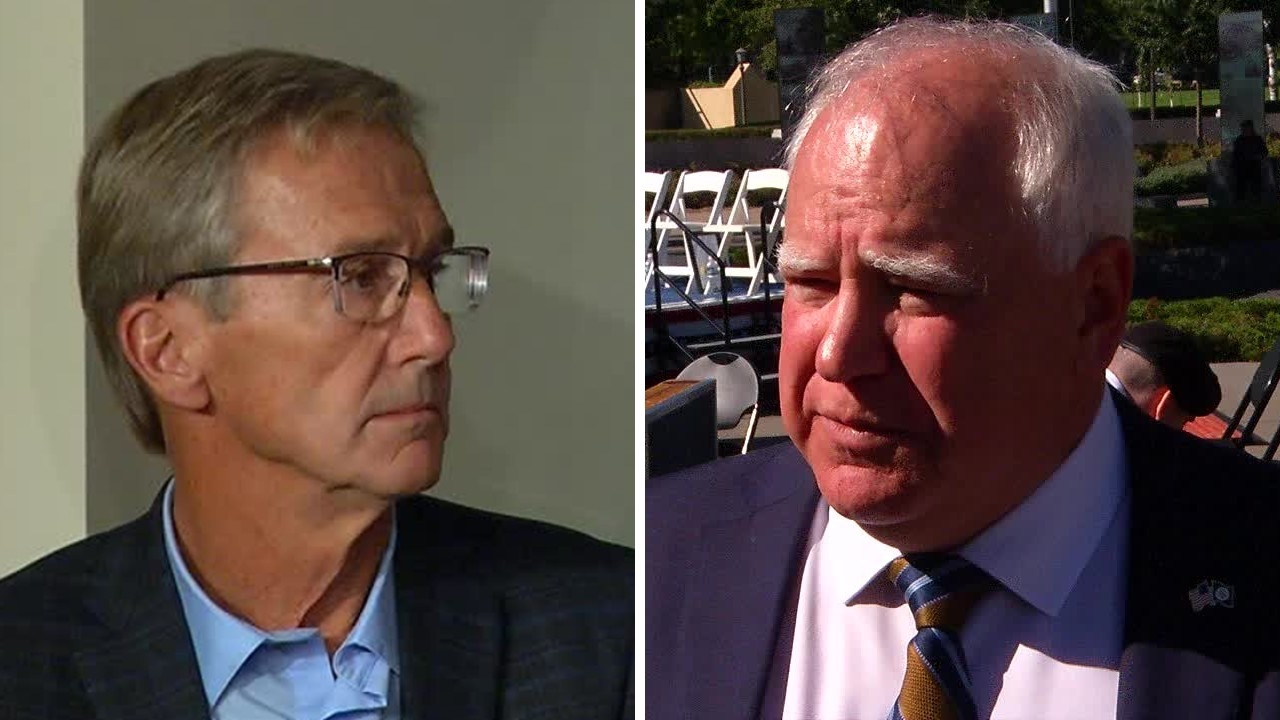 Walz responded to the claims by Behrends after helping dedicate a new Medal of Honor Memorial on the Minnesota State Capitol grounds. He says he’s proud of the 24 years he spent in the Guard and says he retired after returning from another deployment so he could pursue a run for Congress.

“I don’t know if Tom just disagrees with my politics or whatever, but my record speaks for itself and my accomplishments in uniform speak for itself, and there’s many people in this crowd, too, that I served with,” Walz said after the memorial dedication. “It’s just unfortunate.”

Jensen says it’s part of a pattern of leadership issues with Gov. Walz, including delays in activating the National Guard during the 2020 riots after the murder of George Floyd. He also defended the right of Behrends to bring this issue up.

“When that battalion in 2005 was expecting Tim Walz to lead the deployment to Iraq and Tim Walz said, ‘Sorry folks, I gotta check out,’” Jensen told reporters. “Tom Behrends is the one who went.”

At the same time Jensen was focusing on the governor’s military service, Walz and his allies were focusing on Jensen’s views on abortion. In particular, the Alliance for a Better Minnesota featured two law professors who challenged Jensen’s contention that a Minnesota governor can’t restrict abortion services because abortion is protected in the Minnesota constitution.

“He cannot himself just on his own amend the state constitution,” said Mitchell Hamline School of Law professor Laura Hermer, “but he can take all sorts of other actions.”

“A governor can impact abortion access by appointing justices to the Minnesota Supreme Court, by campaigning for — or against — a constitutional amendment, or by signing legislation that would either outright ban abortion or merely chip away at abortion access,” according to the Walz campaign.