Minnesota running back Mo Ibrahim will miss the rest of the season because of a lower left leg injury, KSTP Sports confirmed Monday.

Fleck declined to specify the injury, but said Ibrahim sustained a tear. The severity suggested an Achilles tendon.

Ibrahim was hurt in the third quarter of the season opener against Ohio State. He rushed 30 times for 163 yards before the injury and moved into eighth place on the program’s career rushing yards list. 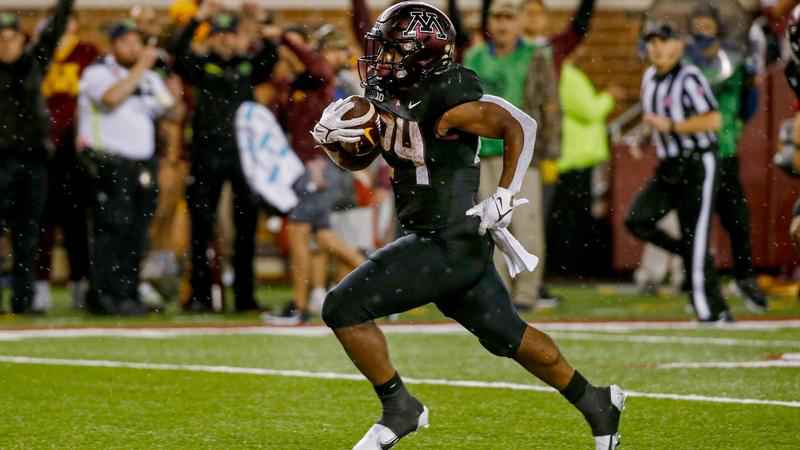 In four seasons at Minnesota, the Baltimore-native carried the ball 547 times for 3,003 rushing yards and 33 touchdowns.

Fleck also touched on WR Dylan Wright, QB Tanner Morgan, and the defensive hiccups in the loss vs. Ohio State. The Gophers return to action Saturday when they host Miami Ohio.