The biennial battle over the budget at the Minnesota State Capitol will heat up over the next 19 days as lawmakers try to beat the clock by the May 17 session deadline.

"We’re not raising taxes at the end of a pandemic on anyone," Republican Senate Majority Leader Paul Gazelka said at the end of a nearly five-hour debate over the tax bill.

The bill includes no new taxes but does include partial tax exemptions for pandemic unemployment payments and full tax exemptions for businesses that received Paycheck Protection Plan loans. The exemption is available with no cap on the amount of the loan received.

"By comparison, both the governor and the House tax bills propose over a billion dollars in tax increases to support their tax relief and overall budget plans," said Senate Tax Committee Chair Carla Nelson, R-Rochester.

The House DFL tax bill passed last week does include a fifth tax bracket for Minnesota’s highest income earners. It’s an 11.5% tax rate on couples earning over $1 million dollars or $500,000 for single taxpayers. 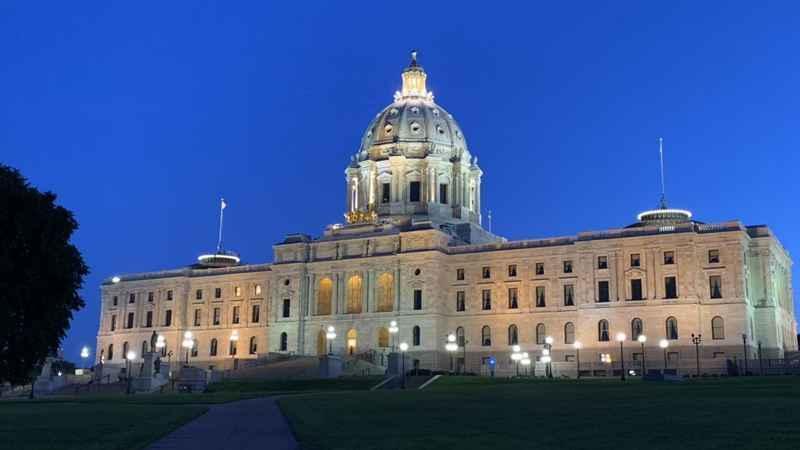 The DFL bill also exempts from taxes the first $10,200 of unemployment insurance payments received by Minnesotans; it exempts PPP loans up to $350,000 and closes a corporate tax loophole on foreign income.

Democrats offered several amendments to increase income taxes on upper-income Minnesotans through a higher tax bracket or on investment income over $250,000. They say the money is needed to pay for schools, health care and other needs.

"What do we do with our tax dollars? We spend some of them on schools. I like that," said Sen. Nick Frentz, DFL-North Mankato.

"Let’s live in a state where we have enough money to pay for kids to not have to sit on the floor when they go to class," added Sen. Ann Johnson Stewart, DFL-Wayzata.

The Senate, House and governor have until May 17 to reach a compromise on a budget or they’ll be forced to go into another special session.