A bill in the Minnesota Senate calls for a $3 million direct settlement payment to the family of Joseph Gomm, a 45-year old corrections officer murdered by an inmate in 2018.

"Joseph Gomm was a sitting duck that day in July when inmate Edward Johnson snuck up behind him and beat his head with a hammer," Senator Karin Housley, R-Marine on St. Croix, said of July 18, 2018, the day Gomm was murdered.

Housley says there’s evidence the prison workshop where Gomm was stationed that day was unsafe and understaffed that day.

"Officer Gomm should have never been alone with prisoners in that workshop," she said in introducing her bill.

Her comments were echoed by Audrey Cone, Gomm’s sister. 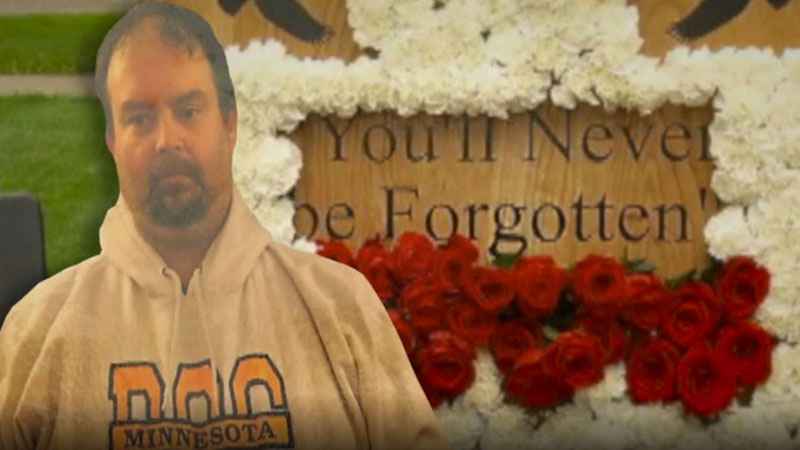 "He was unrecognizable," Cone tearfully told senators of the crime scene photos she saw. "He was viciously beaten in the face. He was stabbed. There are no words to describe what Joe meant to us as a son, a brother, an uncle. He was always there for us. His siblings and his mother"

Cone also says she believes the inmate who murdered her brother, Edward Johnson, should not have even been in the Stillwater Correctional Facility.

"We feel that before he killed Joe he should have been transported to Oak Park Heights, which is nearby, which is a facility created to help inmates who have behavioral issues," she told the Senate Judiciary and Public Safety Committee.

A spokesman for the family, Nick Zerwas, a former member of the Minnesota House, says Johnson had spent 1,695 days in isolation over 15 years for behavioral issues. Johnson murdered Gomm on the 14th anniversary of a prison fight involving Johnson during which he lost an eye. Gomm’s family received a $60,000 workers compensation payment after his death.

"Senators, to put that in perspective," Zerwas said, "(Gomm’s) murderer was paid $300,000 by the (Department of Corrections) for the loss of his eye in a prison fight that he started."

Gomm’s mother also received a $166,000 state payment for a death in the line of duty.

Senators were sympathetic about the family’s loss and efforts to get more compensation.

"I actually have worked as a corrections officer," said Senator Warren Limmer, R-Maple Grove. "I have been in rooms with 50 inmates at a time by myself. I know exactly what that’s like."

But one senator said he’s hesitant to approve a direct settlement from the legislature before the family works through the legal system.

"There may be good and valuable reason to compensate Officer Gomm’s family and estate," said Sen. Ron Latz, DFL-St. Louis Park. "I’m a bit uncomfortable with the position we’re in today being asked to consider this claim.

No vote was taken Wednesday, but the $3 million settlement bill will be considered to be included in a larger judiciary and public safety budget bill.