It was a busy day for the Minnesota Twins on Friday as the team made several moves ahead of the MLB trade deadline.

One week after trading designated hitter Nelson Cruz to Tampa Bay, Minnesota kicked off deadline day by trading starting pitcher Jose Berrios to Toronto for a pair of highly-regarded prospects.

The Twins then got a pair of relief pitchers from St. Louis in exchange for pitcher J.A. Happ. 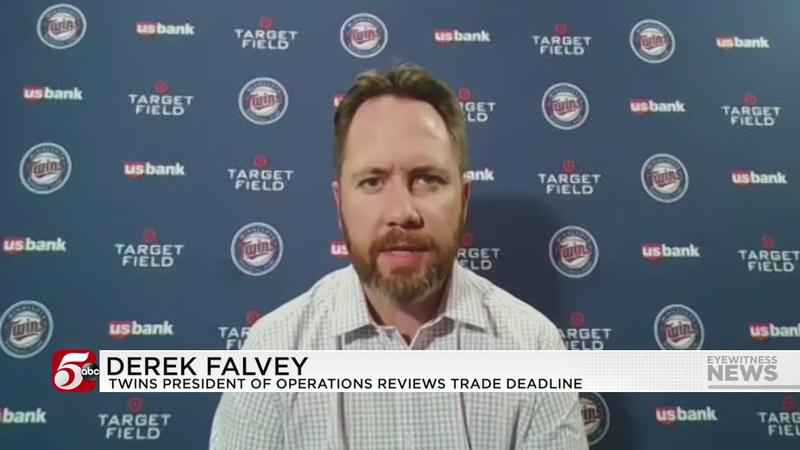 The Twins opted to hold on to a few other possible trade chips, including outfielder Byron Buxton, injured reliever Taylor Rogers, pitcher Michael Pineda, shortstop Andrelton Simmons and reliever Alex Colome. Pineda and Simmons are on expiring contracts while Colome has a mutual option with a $1.25 million buyout for next season.

Minnesota entered Friday with a record of 43-60, last in the American League Central division.