At Al’s Breakfast, hope is on the menu.

And it might be for weekends to come, depending on how long the attack against Ukraine lasts.

It’s just one of many ways Minnesotans are coming up with unique ways to raise money and try to make a change from so far away.

“I see things going on that I think are unfair but I also have Ukrainian family so I draw that connection up,” Alison Kirwin, the owner of Al’s Breakfast, said as she stood inside the narrow café in Minneapolis, with a line of hungry customers at her door.

Al’s Breakfast put a spontaneous post on Facebook up, announcing it would have a special for this weekend’s menu: Syrniki, or cheese pancakes, which is a traditional treat in Ukraine. The proceeds from the pancakes will go directly to help Ukraine. 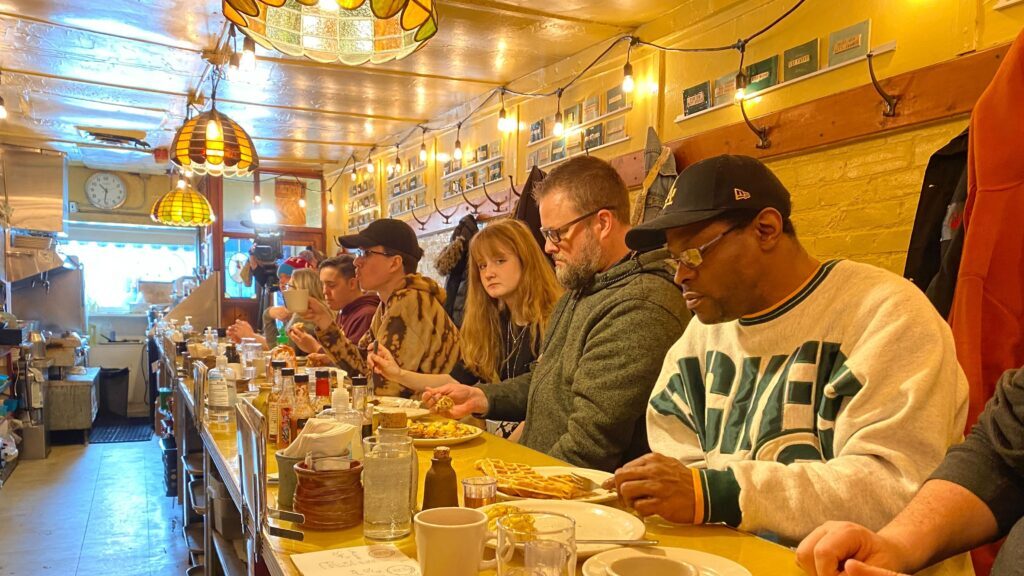 “It’s amazing to see the resilience of the Ukrainian people and anyway you can contribute to helping them seems great,” Andy Wright, who says he drove from Hudson, WI to enjoy his dish.

But it’s not the only way people are pitching in to feel as if they are helping the Ukrainians in the fight against Russia.

People from all over the country are renting Airbnb’s in Ukraine without actually checking in. The idea is they are hoping the money gets directly to the people who need it.

Airbnb is also working to house 100,000 refugees fleeing from Ukraine for free according to Brian Chesky, the co-founder and CEO of the lodging company, who tweeted online.

Etsy is doing something similar.

After a flood of people started downloading digital files directly from Ukrainian shops, the online retailer compiled Ukrainian-only suppliers on its site and also eliminated seller fees for those accounts so they could raise money in order to have a chance against Russia’s military, or in their travels over the border towards safety.

In Minnesota, Iryna Wester, who is from Ukraine came up with a small fundraiser which has since gone viral.

First, Wester began creating earrings in honor of Kyiv and her parents who are waiting out the fight in the capital city.

“It’s not easy.” Wester said as she began tearing up. “It’s nice to have a good friend-base here. So I have ton of friends here that care and check on me everyday. But it’s not about me, obviously, it’s about people back home. But you are connected to them. But once you stay sane and keep doing what you do, then you can help more than if you just fall apart.” She added.

With a small suggestion from a friend, the earrings transformed into these blue and yellow flower pins which have since gained massive popularity.

In just a couple of weeks Wester has sold more than $8,000 worth of the pins which she says has gone directly to Ukraine’s military.